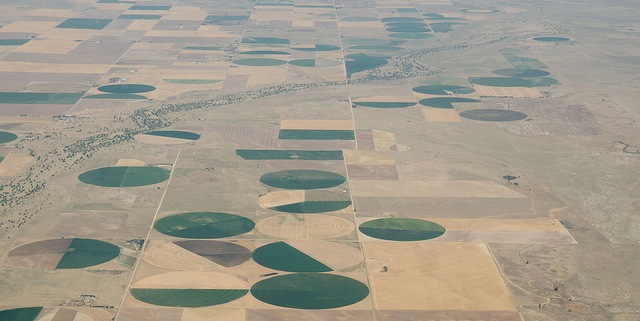 Over the past 15 years, parts of the western U.S. have experienced severe drought conditions and an increasing number of wildfires that take a toll on people and ecosystems. (U.S. Department of Agriculture, Flickr/Creative Commons)

WASHINGTON — The next mega-droughts and subsequent active wildfire seasons for the western U.S. might be predictable a full year in advance, extending well beyond the current seasonal forecast and helping segments of the economy related to agriculture, water management and forestry.

The new model, developed by an international team of scientists from the U.S., South Korea and U.K., and led by Utah State University climate scientist Yoshimitsu Chikamoto, was reported in the July 26 edition of Scientific Reports.

The source of this improved predictability is based on a combination of factors, including tropical climate variability, global climate change and the natural filtering effects of soils. To mitigate drought-induced socioeconomic risks, water resource managers require detailed drought forecasts as far in advance as possible. Climate prediction centers generate and routinely disseminate seasonal drought outlooks. However, predicting multi-year droughts that reach well beyond seasonal timescales is challenging for climate scientists.

Over the past 15 years, parts of the western U.S. have experienced severe drought conditions and an increasing number of wildfires that take a toll on people and ecosystems. The team’s research shows that in addition to contributions from natural forcings and global warming, temperature differences between the Atlantic and Pacific oceans play a role in causing drought and increasing wildfire risks. The new findings show that a warm Atlantic and a relatively cold Pacific enhance the risk for drought and wildfire in the southwestern U.S.

“According to our study, the Atlantic/Pacific temperature difference shows pronounced variations on timescales of more than 5 years,” explained Chikamoto, USU associate professor in the department of Plants, Soils and Climate. “Like swings of a very slow pendulum, this implies that there is predictability in the large-scale atmosphere/ocean system, which we expect will have a substantial societal benefit.”

The new findings of successful multi-year drought/fire predictions are based on a series of computer modeling experiments, using the state-of-the-art earth system model, the most detailed data on current ocean temperature and salinity conditions, and the climate responses to natural and human-linked radiative forcing. The results of the experiments are presented in the online Scientific Reports.

“We found that, even 10-months after the starting prediction, the model was tracking the observation-based soil water conditions very well,” Chikamoto said. “This implies that drought and fire conditions in the next water year can be predicted from the previous winter.”

“This is a surprising result,” said co-author Lowell Stott from the University of South California. “The atmospheric river is an important source for California water resources, but its predictability is limited to the atmospheric short memory of 2 weeks. Of course, we cannot predict an exact location, duration and timing of each drought event beyond several weeks. However, our result of multi-year drought predictability suggests that the annual frequency of atmospheric river water supply is controlled by large-scale climate variability and change. This frequency change in drought condition is much more predictable beyond several seasons.”

“There are three predictable processes,” explained co-author Axel Timmermann, director of the Institute for Basic Science Center for Climate Physics, Pusan National University in South Korea. “At first, tropical ocean temperature contrast between Pacific and Atlantic causes slow climate variability due to its large thermodynamical inertia, and then affects the atmospheric high-pressure ridge off the California coast via global teleconnections. Secondly, the slow variation in this high-pressure ridge is enhanced by filtering out the atmospheric noise through land soil processes. Thirdly, global climate change contributes to the long-term drying trend in the West. A combination of these three processes explains the recent southwestern U.S. drought event for 2011-2014.”

The application of this findings is anticipated to be in great demand. “Our study clearly demonstrates a new possibility of international, ongoing, decadal forecasting activities, said co-author Magdalena Balmaseda from the European Centre for Medium-Range Weather Forecasts. “We anticipate that multi-year drought predictions will be available soon by collaborating with operational forecast centers.”