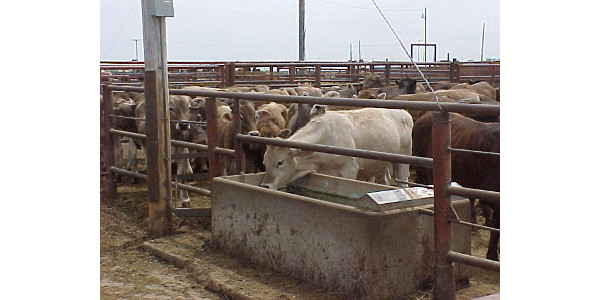 MT. VERNON, Mo. — University of Missouri Extension livestock specialists have been promoting pre-conditioning calves for over 50 years according to Eldon Cole, a field specialist in livestock with over 50-years of experience with MU Extension.

“Can you believe many producers after 50 years still don’t get it? They routinely separate calves from their mothers on sale day, load them on a trailer, bawling, with horns and testicles still attached without proper vaccinations as they head to the sale barn,” said Cole.

According to Cole, these “green” calves will suffer extensive stress as they adapt to a no-milk diet, lack of mother’s companionship, feeders and waterers they have never eaten or drank from.

“To top it off, they have been mixed in with other calves that may have a variety of diseases their bodies aren’t ready to cope with,” said Cole.

The statements closely describe why preconditioning pays, according to Cole. Pre-conditioning is basically a producer getting their calf crop ready for the rigors of the next phase of their lives.

“Those practices should be followed on the farm or ranch where the calves were born and lived during their first 8 to 10 months of age. In other words, you’ve prepared them for success the next six months or so of their lives,” said Cole.

The Missouri Gold Label, the pre-con program evolved during the 1980s.

The University of Missouri, Texas A & M and the Missouri Department of Agriculture did two years of farm and market trials in the mid-’80s to compare how calves that were properly pre-conditioned compared to those pulled right off the cow.

The results were favorable for the pre-con calves. However, the cow-calf owners said they needed $5 per hundred premium to offset the cost. Feeder/order buyers consistently felt $3 per hundred was all the premium they would pay.

More recently, Kansas State research shows buyers will pay over $6 more per hundred for calves that have been through a reliable, 45-day protocol for pre-conditioning. Some of those higher dollar calves may have other traits that helped the price spread, such as genetic superiority.

“Several years ago, on a tour of feedlots in southwest Kansas, I asked a lot manager what kind of cattle feed he likes? I was referring of course to color, age, sex, origin or weight. The manager did not hesitate a moment and replied, “healthy ones.” That was an excellent answer then, as well as today,” said Cole.

As we approach the time that 2019 calves head to the sale barns, Cole urges producers to consider the next owner and follow a sound pre-con control.

The protocol should include 30 to 45 days weaning before market day, castration, proper vaccination and acclimation to a feedlot type of ration.

“Most importantly, notify your livestock market personnel in advance of the sale so they can adequately promote your cattle to potential buyers. Preconditioning is a win, win deal for the cow-calf man and future owners.

ESMC partners with United Soybean Board