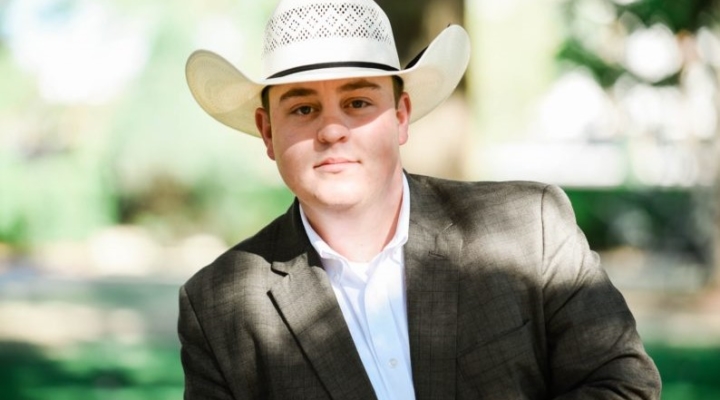 Colton Pratz has been named the Southwest region field representative for the AHA and the Hereford World. (Courtesy Photo)

In this position, Pratz will attend Hereford sales and events as well as assist breeders with marketing and genetic selection. He will also contribute to educating members and commercial producers about AHA programs and other beef industry opportunities.

“We are excited to have Colton start as a fulltime fieldman for the states of Arkansas, Louisiana, New Mexico, Oklahoma and Texas,” says Joe Rickabaugh, AHA director of seedstock marketing. “He comes from a great cattle background and has worked extensively on a Hereford operation since he has been in college. He impressed us in his interviews as being a personable young man with a passion for the Hereford breed. We look forward to him traveling extensively and meeting many breeders in his territory.”

Pratz is a May 2019 graduate of Oklahoma State University with a degree in animal sciences on the business track. He also earned an associate degree in animal science from Redlands Community College. Pratz was a competitive member of the livestock judging team at both institutions, as well as being involved in many other extracurricular activities.

“I am extremely excited to join the AHA team and start advocating for the Hereford breed,” Pratz says. “The Hereford breed has been a vital cornerstone for the cattle industry across the world, but I think most of that is due to the fact there has been a strong belief in the breeders and the will to keep the Hereford heritage strong. I am ready to continue promoting the Hereford breed in my travels, and I look forward to meeting new faces along the way.”