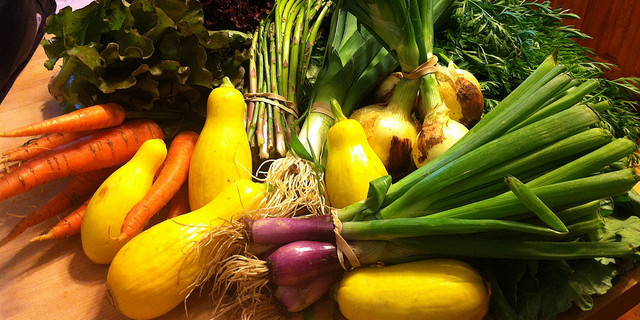 This program was created at the Oregon City, Oregon, farmers market in 2011. Due to its success, it has spread to farmers markets all over the nation. The PoP Club has been in Minnesota since 2014 and is growing to markets around the state. In 2018 Iowa State University Extension and Outreach introduced the PoP Club to three farmers markets in Northwest Iowa, including Rock Rapids, Sheldon, and Hawardan, and this summer it has expanded to Akron, Moville and Sioux City.

Each child participating in the program will receive a reusable shopping bag upon signing up and $2 market tokens to be spent (by kids) on fresh produce. Kids will receive their token once per market. They can choose to spend it on their own $2 selection of fresh, locally grown produce, or save their token for a future market.

The goal of the PoP Club is to empower children to make healthy choices when selecting food to eat. The program offers a chance for children to explore the farmers market and learn about the different varieties of fruits and vegetables, while also learning about how food is grown, by connecting them with local farmers.

Children age 4 through 12 are welcome to visit the farmers markets this summer and join the PoP Club. Registration and check-in will be located at the designated PoP Club desk at the market, in the red ISU Extension and Outreach tent. Questions about the program can be addressed to Katelyn Brinkerhoff at 712-276-2157, or kbrink@iastate.edu. We hope to see you at the market!

List of dates and activities for Woodbury and Plymouth county PoP clubs: