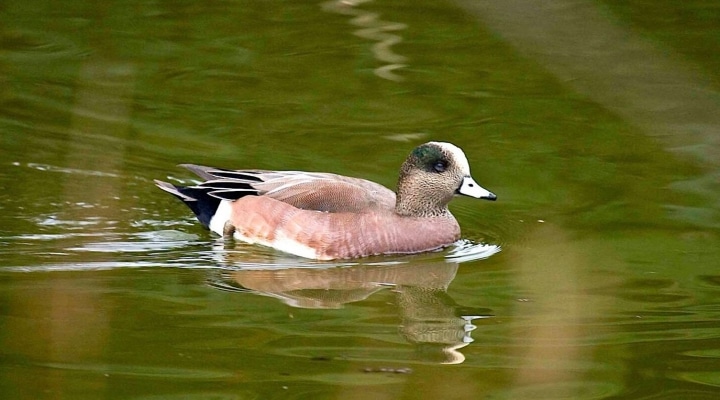 A strain of highly pathogenic avian influenza has been detected in North America for the first time since 2016. The U.S. Department of Agriculture confirmed HPAI in wild waterfowl in Virginia on Jan. 26, following detection in the Carolinas.(photo by Clemson University)

RICHMOND, Va. — A strain of highly pathogenic avian influenza has been detected in North America for the first time since 2016. The U.S. Department of Agriculture confirmed HPAI in wild waterfowl in Virginia on Jan. 26, following detection in the Carolinas.

While Virginia’s commercial poultry growers routinely implement high levels of biosecurity, smaller-scale poultry producers and hobbyists are urged to step up their biosecurity practices as well.

While the virus poses little risk to humans, it is easily transmitted from wild birds to domestic poultry if flock owners don’t take action to keep their birds safe.

A recent biosecurity alert from the Virginia Department of Agriculture and Consumer Services said that confirmed cases of avian flu were found in two hunter-harvested wild migratory waterfowl in Henrico County. While the detection of HPAI in migrating waterfowl is not unexpected, outbreaks can be disastrous to Virginia’s largest agricultural sector, resulting in total flock depopulations.

Wild birds like ducks or geese can be infected with HPAI without appearing sick. Just a small amount of fecal material carried on a human’s boot can harm poultry in large-scale commercial operations and small backyard flocks.

“Hang out in the cabin, come to the shop, but don’t go near the poultry house,” he advised. “And stay away from any type of waterfowl.”

Waterfowl droppings can be tracked from any area where game birds congregate, like ponds, golf courses and parking lots. Those who hunt or encounter waterfowl should avoid poultry areas if possible. If going near a flock, they should clean and disinfect equipment, clothing and shoes to remove feces, feathers and litter. Disease agents can survive for months inside those organic materials.

Tony Banks, VFBF senior assistant director of agriculture, development and innovation, said once avian flu is identified in poultry, quarantines, additional disease monitoring and heightened sanitation go into effect. In some cases, growers will avoid public encounters with others in the industry altogether.

He recalled a different, low pathogenic avian influenza that caused significant losses for Virginia poultry owners in 2002, affecting over 140 farms before disease spread could be controlled.

“Virginia’s poultry industry lost millions of dollars in sales and were shut out of export markets,” Banks said. “This outbreak led to increased emphasis among the USDA and states to conduct avian influenza surveillance and monitoring, which continues today.”

Virginia poultry owners should report unusual poultry illnesses or deaths to the state veterinarian’s office at 804-692-0601 or vastatevet@vdacs.virginia.gov, or through the USDA’s toll-free number, 866-536-7593. Learn more flock biosecurity tips at USDA’s Defend the Flock Resource Center, at bit.ly/3AJm8FX. Guidance for waterfowl hunters can be reviewed at bit.ly/3GlQUG6.

Appomattox County to be featured on Real Virginia program