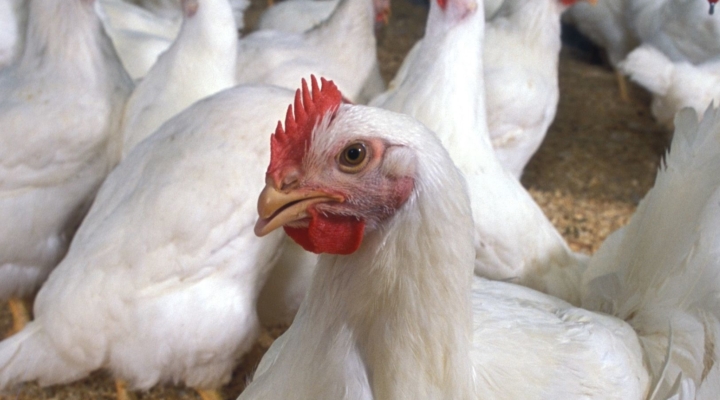 China's ban was enacted in 2015 after the detection of highly pathogenic avian influenza (HPAI) in the U.S. While the U.S. has been free of HPAI since 2017, China had yet to lift the ban. (K-State Research and Extension, Flickr/Creative Commons)

WASHINGTON — The National Chicken Council (NCC), National Turkey Federation (NTF) and USA Poultry and Egg Export Council (USAPEEC) today applauded the announcement that China will lift its ban on imports of U.S. poultry products. The ban was enacted in 2015 after the detection of highly pathogenic avian influenza (HPAI) in the U.S. While the U.S. has been free of HPAI since 2017, China had yet to lift the ban.

The groups released the following statement welcoming the news:

“Lifting the ban has been a top priority of the U.S. poultry industry for the past four years,” the groups said. “We thank President Trump, Agriculture Secretary Perdue, U.S. Trade Representative Lighthizer, Treasury Secretary Mnuchin, congressional leaders and their staffs, all of whom have worked tirelessly to reach an agreement with China and ensure the poultry industry has access to this market.”

This action represents a significant opportunity for U.S. chicken and turkey producers. At its peak, the annual value of poultry exports from the U.S. to China was $71 million for turkey and $722 million for chicken. Renewed access to the Chinese market could result in $1 billion annually for chicken paws alone and, due to China’s meat protein deficit as a result of African Swine Fever, there could be as much as another $1 billion of potential exports of other chicken products, including leg and breast meat. Turkey exports could generate another $100 million in sales and poultry breeding stock at least $60 million more.

“America’s poultry producers are committed to raising high-quality, nutritious products, and we are extremely pleased that we will once again have the opportunity to share these products with Chinese consumers. We look forward to resuming a trade partnership with China in the coming weeks.”

The National Chicken Council (NCC) represents integrated chicken producer-processors, the companies that produce and process chickens. Member companies of NCC account for more than 95 percent of the chicken sold in the United States.

The National Turkey Federation (NTF) is the national advocate for America’s turkey farmers and producers, raising awareness for its members’ products while strengthening their ability to profitably and safely deliver wholesome, high-quality and nutritious food to consumers worldwide.

Founded in 1984, the USA Poultry & Egg Export Council (USAPEEC) is a non-profit, industry-sponsored trade organization dedicated to increasing exports of U.S. poultry and egg food products in all foreign markets.