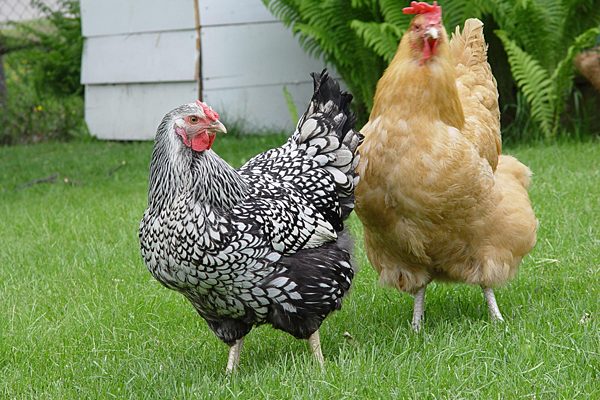 For the second consecutive year following a one-year precautionary ban in 2015, poultry exhibits will again be part of Pennsylvania’s 109 county and community fairs in 2017. (Wikimedia Commons)

HARRISBURG, Pa. — For the second consecutive year following a one-year precautionary ban in 2015, poultry exhibits will again be part of Pennsylvania’s 109 county and community fairs in 2017, according to Agriculture Secretary Russell Redding, who added that testing protocols remain in place for exhibitors prior to entering their birds.

“The confirmed cases of highly pathogenic avian influenza in Tennessee this spring were reminders that the threat of this virus is ever present, so we must remain vigilant,” said Redding. “Fortunately, Pennsylvania made it through another migration season with no detections of the disease — that’s in large part thanks to our aggressive surveillance work and the diligent planning and preparedness work of the industry and our partners. And while we want to continue to be cautious, ask everyone to be on the lookout, and practice good biosecurity measures, we felt comfortable allowing poultry to be part of this summer’s fairs.”

Redding noted that the state’s planning and response capabilities have been greatly improved with the benefit of past funding from Gov. Tom Wolf and the General Assembly. In fiscal year 2015-16, the governor identified $3.5 million that was placed into budgetary reserve specifically for high-path avian influenza, or HPAI. Last year, the Governor and General Assembly appropriated $2 million for HPAI response, which will carry over to the current fiscal year that began July 1.

State Veterinarian Dr. David Wolfgang noted that in order for exhibitors to enter their poultry into competition at fairs, they must first pass testing to ensure they are free of the disease.

“The threat of the HPAI virus is still very real,” Wolfgang said. “To keep the virus at bay, we have introduced a 30-day testing protocol for birds to participate in poultry exhibits at local fairs. In the past, poultry had to test negative for HPAI at least six months prior to the exhibit date. They must now test negative 30 days out from that exhibit date, or they will not be entered into competitions.”

HPAI, commonly known as “bird flu,” is caused by an influenza type-A virus. These viruses occur naturally in birds. Wild birds — such as ducks, swans and geese — can carry the virus, but usually do not exhibit symptoms.

The disease is very contagious and can make domesticated birds — including chickens, ducks, quail, pheasants, guinea fowl and turkeys — very sick or even cause death. Approximately 49 million birds were killed when a lethal strain of HPAI spread throughout mid-western states in 2015.

Both the Centers for Disease Control and the World Health Organization agree that there is no evidence that the North American strains can be transmitted to humans.

The commonwealth has taken a number of pre-emptive and precautionary steps to protect the state’s poultry industry since 2015, including two interstate quarantine orders in the summer of 2015 that impose testing requirements on birds and eggs from HPAI-infected states and that establish cleaning and disinfection requirements on vehicles, conveyances, containers and other materials that transport poultry and related products. Both orders remain in effect.

Earlier this year, the department recommended that poultry owners reduce or eliminate their flocks’ contact with wild waterfowl and feral birds by keeping poultry indoors, thus preventing exposure to migratory birds that could transmit HPAI. With the arrival of warmer summer temperatures, that guidance has been lifted.

While state emergency responders and animal health experts remain on high alert regarding HPAI, they also urge flock owners to remain vigilant, reiterating that the best protection against avian influenza is to practice sound biosecurity measures — whether on a commercial farm, in the wild, on a hobby farm, or in a backyard coop.

“We stress to producers that they should have plans in place to protect their poultry, and be prepared to respond if HPAI is detected in their flocks,” Redding said. “Every farm needs an HPAI flock plan, which outlines detailed measures to take in the event of an emergency. Everyone working with or around poultry must continue to follow the proper precautions to keep their flocks safe and healthy.”

For more information on biosecurity and HPAI, visit agriculture.pa.gov and click on the links under “Avian Influenza” on the homepage.