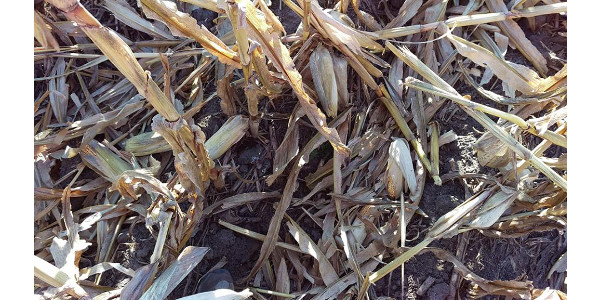 Figure 1. It's likely that a combination of factors this year likely led to weakened corn ear shanks, large ears, and stalk and ear rots which together may have contributed to increased ear dropping. (Courtesy of University of Nebraska-Lincoln)

LINCOLN — Reports of ear loss have been widespread in Nebraska this harvest season following a week of high, sustained winds in late October. Growers have been asking about the potential causes of weakened ear shanks and ears dropping.

Like many things that happen in our fields each year, this was most likely due to a combination of factors and could vary from field to field. One hypothesis of events leading to this “perfect storm” for ear loss is:

Early in the season, large rainfall events delayed planting in some areas of the state, and may have restricted root development and contributed to nitrogen leaching/denitrification in some fields.

This was followed by a high heat period in June again this year.  Irrigators turned on pivots to cool down crop canopies and non-irrigated farmers may have observed some drought stress.

We then had a cool August where temperatures didn’t get much above 90°F. This allowed for kernels to fill well. Plants that had been drought- or heat-stressed prior to this period may have formed weaker shanks as a result of the stress. Plants also may not have developed the shank necessary for the large ears with deep kernels that developed during optimal August conditions.

In August and September, Extension Plant Pathologist Tamra Jackson-Ziems and Extension Educator Jenny Rees visited several fields where plants were prematurely dying. In some cases, ear husks were  bleached and drooping compared to healthy neighboring plants. Bob Nielsen, corn agronomist at Purdue University, shares that “droopy ears” prior to black layer are primarily drought-related, which may have been the case in some areas of the state. We looked at a combination of both irrigated and non-irrigated fields and while there may have been drought/heat stress at places in the fields, we also saw Fusarium crown/root rot in addition to other diseases.

We do know that Fusarium and Diplodia stalk and ear rots can lead to weaker ear shanks. We also had warned growers of increased ear rots due to western bean cutworm, corn rootworm feeding on ear tips, and upright ears with high relative humidity. European corn borer can also tunnel into ear shanks, causing ear drop in refuge/non-Bt plants.

Stalk rot was an issue prior to harvest in some fields and we recommended checking fields to determine those to harvest first.  Moisture of corn was high at the beginning of harvest and many of us have remarked that we’ve never seen it drop as fast as it did in October. Fast dry-down is also known to weaken ear shanks, making them more brittle. Late season excessive rainfall, such as was seen in October, can also exacerbate stalk rot and ear rot diseases which may lead to weaker shanks when coupled with the fast dry-down.

Given these developments throughout the season, a week of high, sustained winds in late October was too much for many plants, leading to widespread dropping.  Thus, it’s hard to pinpoint one factor in particular that led to this widespread event.  It most likely was a combination of factors and these factors may vary from field to field. 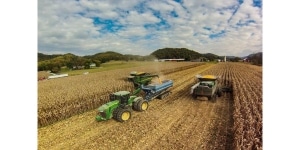 Prepare for high variability during 2022 harvest

DOWNERS GROVE, Ill. — Golden Harvest released new data Sept. 13 that highlights how extreme weather conditions across the Midwest, such as intense heat, drought stress and other environmental factors, indicate corn harvest is likely to be highly variable in 2022. As farmers prepare for a challenging harvest in parts of the U.S., Golden Harvest agronomists […] 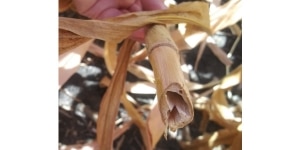 MINNEAPOLIS — Corn in many fields in Minnesota is rapidly approaching maturity, while corn in other fields that has been under more severe drought stress has already reached maturity. Corn typically reaches maturity at about 60 days after the start of silking, but this can occur more quickly under drought stress. At maturity, the kernel […] 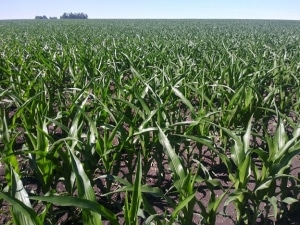 Sprayer clinic at NCTA on Nov. 15