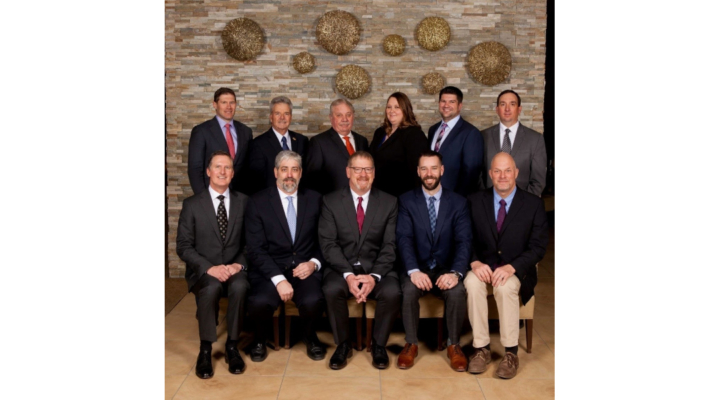 DENVER — Potatoes USA, the Marketing and Promotions Board for the U.S. potato industry, concluded its 47th Annual Meeting on March 14. During this meeting, a new Board Chairman and Executive Committee were elected to lead the industry for the coming year.

Phil Hickman of Horntown, Virginia will serve a one-year term as Chairman, making him the board’s first Chairman from Virginia. Hickman brings vast experience to the Chairman role by actively serving on the Potatoes USA board for 11 years and farming since 1974, when he and his brother began Dublin Farms at the ages 20 and 22, respectively. Hickman grew up farming on property that has been in his family for over 100 years and has harvested potatoes on different portions of the land every year.

“My experience working on a small farm gives me the ability to work well with each region. This is going to be valuable as I work to get each region to work together on the common goal of building demand for U.S. potatoes,” said Hickman.

In Hickman’s acceptance speech, he thanked outgoing Chairman, Dan Moss of Declo, Idaho, for his tremendous leadership in the potato industry. He hopes to continue what Moss has done best – keeping everyone in the industry focused in the same direction. Hickman mentioned one area of focus will be to increase retail sales. Lastly, he conveyed that Potatoes USA works to grow the entire U.S. potato industry.

“The fact that I’m Chairman shows Potatoes USA is for every farm, no matter the size or focus. The organization works to help all aspects of the industry and that’s something we need to remember as we continue to move forward,” Hickman concluded.