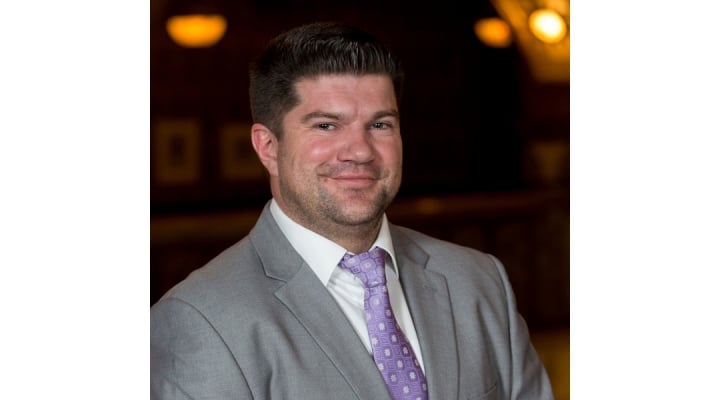 Potatoes USA, the marketing and promotion board for the U.S. potato industry, elected new leadership during the Annual Meeting on March 11, 2021. Jaren Raybould of Saint Anthony, Idaho, was officially elected Chairman of the Board. (Courtesy Photo)

DENVER — Potatoes USA, the marketing and promotion board for the U.S. potato industry, elected new leadership during the Annual Meeting on March 11, 2021. The newly elected Chairman and Executive Committee will lead the Board through 2021-2022.

Jaren Raybould of Saint Anthony, Idaho, was officially elected as Chairman of the Board. Prior to this election, Raybould served as First Vice Chair and acting Chairman due to the unexpected passing of Chairman and industry icon, Marty Meyers, in December 2020. This year marks his sixth year on the Board for Raybould, which includes Co-Chairing the Domestic Marketing Committee for three years and serving as a member of the Administrative Committee.

Raybould, a Managing Member of Raybould Brothers Farms since 2002, grows Russet Burbanks and Norkotahs for retail and foodservice and supplies Five Guys restaurants. In addition to leading the Potatoes USA Board, Raybould also serves on the Yellowstone Soil Conservation District Board and the Idaho/East Oregon Potato Control Committee.

Raybould describes his job as a humbling experience, “I get to be a part of something bigger than myself and witness the day-to-day miracle of growing and raising potatoes that feed thousands of families across the country.”

“The work I do wouldn’t be the same without the phenomenal individuals that are involved in the potato industry. Everyone is independent, competitive, and innovative,” Raybould said when asked what he admires about the industry.

As chairman, Raybould will prioritize restoring demand for potatoes back to pre-pandemic levels. He believes that by continuing to adapt Potatoes USA marketing programs, the industry will continue to discover new ways to encourage people around the world to eat more U.S. potatoes.

In addition to Raybould, Potatoes USA’s 2021-2022 Executive Committee members include:

When Raybould assumed responsibilities as Chairman last December, he committed to continue the efforts to feed a nation and support an industry through the difficult times caused by the pandemic. Since his official election as Chairman on March 11, Raybould plans to lead by encouraging the industry to continue adapting to best meet the changing and evolving market needs.

Outside of his work in the potato industry, Raybould values the time he gets to spend with his wife, Whitney, and daughters Naomi and Adalyn. When time allows, he also enjoys golfing and snowmobiling.