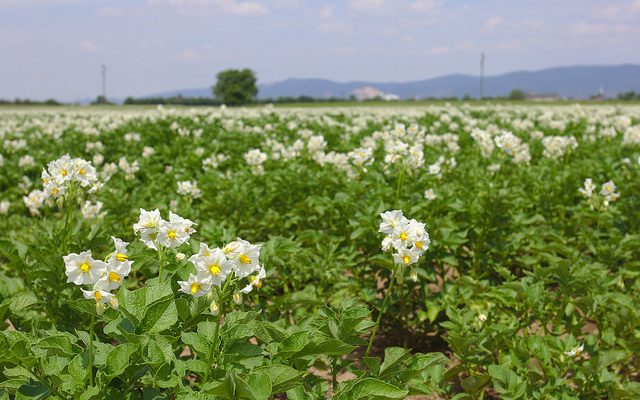 Eligible candidates must be active potato producers and be able to attend the Potatoes USA Annual Meeting in Denver the third week of March. (stanze via Flickr)

EAST GRAND FORKS, Minn. — The Northern Plains Potato Growers Association will be mailing an election ballot to North Dakota potato producers interested in serving on the board for Potatoes USA, formerly known as the United States Potato Board (USPB). There is currently one board seat in North Dakota open for a three year term, that held by Jeff VanRay of Pingree who is also eligible for re-election to a second term. There are no board seats open this year in Minnesota Area I.

Eligible candidates must be active potato producers and be able to attend the Potatoes USA Annual Meeting in Denver the third week of March.

Anyone interested in being nominated should contact the Northern Plains Potato Growers office at (218) 772-3633 or email Chuck Gunnerson at cgunnerson@nppga.org.

The United States Department of Agriculture (USDA), which oversees the program, encourages all producers and importers to participate in Board elections. In an effort to enhance diversity of the Board, USDA also encourages women, younger growers, minorities, and people with disabilities to seek positions on the Board. Further Potatoes USA embraces diversity and strongly encourages industry members, without regard to race, color, national origin, sex, religion, age, disability, political beliefs, sexual orientation, size of business/operation, and marital or family status or other basis protected by U.S. law, to participate in the Board’s activities and seek a position on the Board.