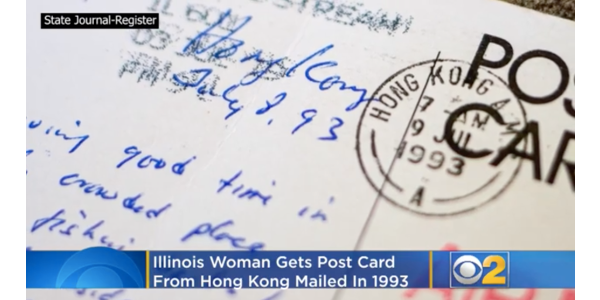 An Illinois woman said she is trying to solve an intriguing mystery after a postcard showed up at her house that was postmarked 26 years ago.

Kim Draper said she initially thought the postcard had been delivered to the wrong address when it showed up July 8 at her Springfield home, but a closer look revealed it had been sent to a previous resident exactly 26 years earlier — July 8, 1993.

Woman who can't walk teams up with blind man for hiking adventures: 'He's the legs, I'm the eyes'

Server whose singing went viral on TikTok gets surprise on TODAY
July 22, 2021

Server whose singing went viral on TikTok gets surprise on TODAY
July 22, 2021