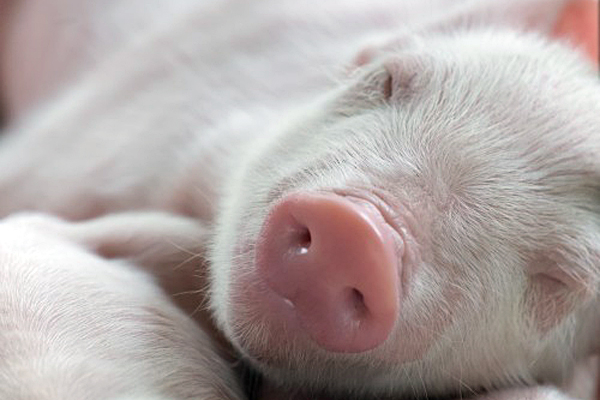 Exports of soybeans, which have already been targeted with tariffs, are critical to Ohio, but pork and dairy products play a role in the state's economy as well. (Thinkstock)

COLUMBUS, Ohio — If the world tariff conflict continues to escalate, Ohio’s pork and dairy producers could suffer from the fallout.

Exports of soybeans, which have already been targeted with tariffs, are critical to Ohio, but pork and dairy products play a role in the state’s economy as well.

Earlier this month, Mexican authorities set tariffs on U.S. imports including a 20 percent tariff on pork and 25 percent on some cheese products. China too has targeted pork imports with a tariff of 25 percent.

In Ohio, pork is the sixth highest agricultural export; dairy is the eighth.

Any cut in demand for pork will likely decrease demand for corn and soybeans because both crops are used to feed pigs, said Ian Sheldon, an agricultural economist, who serves as the Andersons Chair in Agricultural Marketing, Trade and Policy in the College of Food, Agricultural, and Environmental Sciences at The Ohio State University.

“That’s why the Mexican government did it,” Sheldon said. “A pork tariff gets at both the hog-producing and animal-feed-producing sectors in the United States.”

It’s unclear how much of an impact pork tariffs could have on Ohio’s pork producers because most Ohio farmers that raise hogs for slaughter contract with multinational companies that own the pigs, but pay farmers to house and care for them, said Ben Brown, manager of the farm management program in CFAES.

With lower prices for corn and soybean feed, an Ohio pork producer may actually benefit from paying less to feed the hogs but at the same time could be hindered by a drop in the demand for pork, said Brown, who along with Sheldon are in the Department of Agricultural, Environmental, and Development Economics within CFAES.

“So it could easily be a wash,” he said.

In the dairy sector, in addition to the 25 percent tariff on American cheese products in Mexico, Canada is poised to put a 10 percent tariff on imported yogurt as well as a host of other products, all set to begin July 1.

“This has got to be a gut punch to the dairy industry that’s already struggling,” Brown said.

The most recent development in the flurry of global tariffs being imposed or threatened was President Donald Trump’s June 18 announcement of a 10 percent tariff on an additional $200 billion in products imported from China every year. This would add to the already $50 billion in Chinese products slated for tariffs in the United States.

The wave of tariff announcements has triggered concern among those in the agriculture industry, which depends on export markets.

The United States’ main trading partners have announced tariffs on a widening range of U.S. imports — all in retaliation for Trump’s announcement in May that the United States would set tariffs of 25 percent on steel and 10 percent on aluminum imported from outside the country. Initially, Trump had said imported aluminum and steel from Mexico and Canada would be exempt from those tariffs, but then he included them.

Canada is the largest importer of agricultural goods from Ohio. And Ohio’s agricultural exports to Canada and Mexico combined account for half of the state’s exported goods.

The president is using the steel and aluminum tariffs partly as leverage in negotiations over the North American Free Trade Agreement, which involves the United States, Canada and Mexico, Sheldon said.

The initial repercussions of his announcement of steel and aluminum tariffs included Chinese authorities fighting back, announcing tariffs on American soybeans and corn as well as other products.

Soybeans are Ohio’s largest crop and its top agricultural export. The crop accounts for an estimated $1.4 billion in export sales in 2016, according to the U.S. Department of Agriculture. That same year, pork exports totaled $183 million in 2016 and dairy products $126 million.