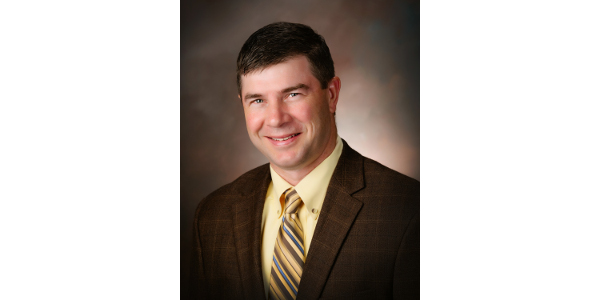 “Pork is the No. 1 most consumed protein in the world, and that was certainly obvious as we toured parts of Japan and China,” said National Pork Board CEO Bill Even. “It is important for us to see firsthand how pork is raised, processed and promoted in Asia. The Asian customer and consumer culture is unique, and we need to understand the global motivation to purchase U.S. pork.” (Courtesy of National Pork Board)

DES MOINES, Iowa — With a clearer vision on how to elevate U.S. pork as the global protein of choice, three National Pork Board officers and two members of the senior leadership team have returned from an Asian trade mission. The team representing the Pork Checkoff toured Japan and China from Sept. 5–16, visiting with pork processors, distributors and retailers, as well as importers and traders. Asian team members of the U.S. Meat Export Federation (USMEF) also accompanied the Pork Checkoff crew.

“Pork is the No. 1 most consumed protein in the world, and that was certainly obvious as we toured parts of Japan and China,” said National Pork Board CEO Bill Even. “It is important for us to see firsthand how pork is raised, processed and promoted in Asia. The Asian customer and consumer culture is unique, and we need to understand the global motivation to purchase U.S. pork.”

The U.S. is facing record-breaking pork production in 2017. The Pork Checkoff is committed to growing demand, not only in the U.S., but also among top customers in Asia. In terms of pork volume (pounds), China/Hong Kong and Japan are currently the No. 2 and 3 export customers of the U.S. Combined volume in these areas is 534,953 metric tons (or about 1.18 billion pounds). In terms of pork value (U.S. dollars), Japan is No. 1 and China/Hong Kong is No. 3, with a combined value of nearly $1.6 billion of exports, both according to the most recent (through July) USMEF data.

“Marketing pork comes down to building long-term relationships and having a safe, dependable, high-quality product that is presented well to the buyer,” said Pork Board President Terry O’Neel, a producer from Friend, Nebraska. “Consumers are encouraged to experience U.S. pork through fun events and social activities.”

While in Japan, the trade team were able to see specifically how U.S. pork is marketed, including through USMEF’s current Gochipo (sumptuous pork)campaign. That marketing campaign extols the virtues of high-quality, delicious U.S. pork and the rising value of U.S. pork products.

“My most distinct takeaway as a producer is the vital and versatile role that U.S. pork plays in the Asian diet,” said Pork Board Treasurer Brett Kaysen, a producer from Nunn, Colorado. “No matter the level of retail outlet in Japan – from discount to high-end – U.S. pork is present.”

After spending five days on the ground in Japan, Checkoff leadership traveled to China. While in China, O’Neel and Even presented the U.S. pork production perspective at the annual China Swine Industry Symposium. O’Neel spoke on managing financial, environmental and labor risk in U.S. pork production.

“China is a huge market in terms of volume and opportunity,” said Pork Board Vice President Steve Rommereim, a producer from Alcester, South Dakota. “While China is 98 percent self-sufficient in pork production, we need to further our outreach efforts here. The economic growth and infrastructure development we saw in China is intimidating, to say the least. This level of growth points to a greater dependence on foreign market imports, with price a key buying criteria.”

Kaysen added, “In China, I envision cold pork storage experiencing dramatic growth as the population grows and as the country continues to consume more meat. Our job is to make U.S. pork truly recognized in the meatcase at the retail level in China as much as it is in Japan.”

“Our leadership gained a greater understanding of the Asian market by visiting with people in the Japanese and Chinese meat trade,” O’Neel said. “U.S. pork is doing well in Asia, but we can do more to improve. Free trade issues remain both a barrier and a pathway to future U.S. pork export growth.”

Rommereim agreed, saying, “This was an important trip for the officers to make. As the U.S. pork industry expands, our dependence on these markets becomes even more important and valued. Through increasing our level of knowledge, we are better qualified to spend Checkoff dollars wisely to expand exports.”

Including both muscle cuts and variety meat, exports have increased to 27.5 percent of total production in 2017 (up from 25.6 percent last year). Growing that amount is the result of developing Asian customer relationships and working with USMEF and the National Pork Producers Council.