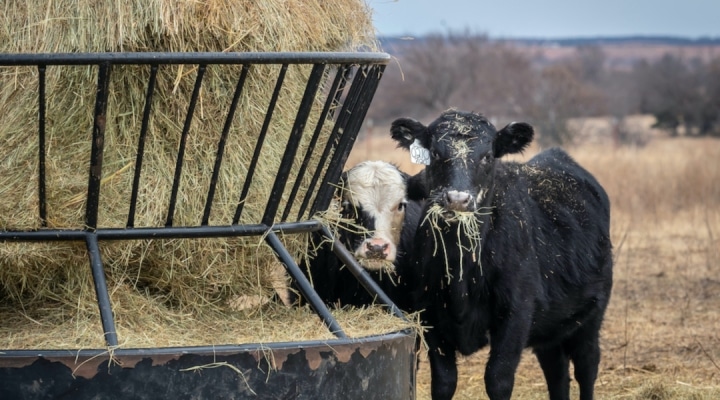 STILLWATER, Okla. — The drought has made it difficult for ranchers to stockpile hay for the winter season ahead.

Hay yields are much lower in 2022 than they were last year, and in areas of the state with the worst drought, hay season is non-existent.

“Producers don’t have anything to bale up,” said Gary Strickland, Jackson County Oklahoma State University Extension director and agriculture educator. “They may have gotten one cutting of alfalfa, and maybe a second if it was under irrigation.”

In the dryland fields of the southwest region, summer forages, such as sudan grasses and pearl millets, have emerged with very little growth. Strickland took a tour of five regional counties a couple weeks ago and found field after field of burnt up grasses from the drought and extreme heat.

“The feeding toxicities associated with sudan grasses and sorghum in drought is also a concern,” Strickland said. “We’ve had very little wheat straw hay baled up due to the high wheat acre abandonment, and irrigated Bermudagrass is not producing the tonnage it would normally produce.”

Dryland Bermudagrass needs rain and cooler temperatures to recover before winter. The current environment of relentless heat into the evening hours has not allowed grasses to repair overnight from the heat of the day.

“A lot of producers say they don’t have the hay to support their herds, and they have had to take cattle off pastures earlier than usual to prevent cattle from grazing perennial grasses too low,” he said.

Southwestern Oklahoma is not the only area in crisis.

“Our producers are talking about feeding hay in the middle of August instead of starting in the middle of October,” said Chad Webb, Noble County OSU Extension director and agriculture educator. “That’s two months of feeding with less hay.”

The strain of high input costs and low forage supplies is tough on ranchers. Less hay is available to purchase in drought years, and hay prices can contribute to steep input costs. Webb said some ranchers in his county are considering planting wheat for winter forage. Others are reducing their operation’s stocking rates to levels that can be sustained through the rest of the summer and into fall.

CHS Foundation to award $75,000 in grants to teachers for agriculture projects