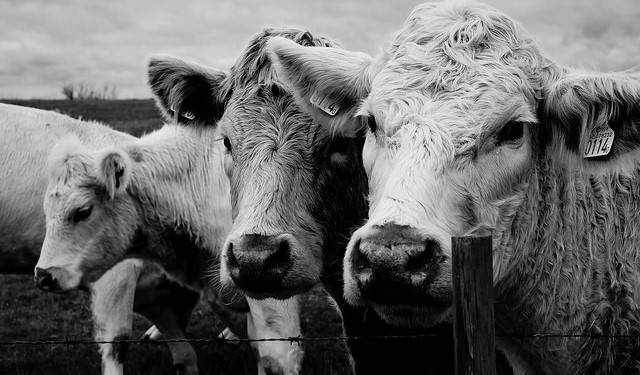 No veterinarians were present for the slaughter although the meat was marked as having followed that required legal procedure. (Stock photo via Matthias Ripp, Flickr/Creative Commons)

WARSAW, Poland (AP) — About 2,500 kilograms (5,500 pounds) of meat from sick cows who were slaughtered illegally in Poland has been exported to 10 other European Union countries, the country’s top state veterinary official said on Thursday.

Pawel Niemczuk said the meat was also distributed to 20 selling points in Poland but has since been recalled.

The announcement follows the recent airing of an undercover report by the private broadcaster TVN that documented sick cows being slaughtered in violation of the law in the northeastern Polish town of Ostrow Mazowiecka.

No veterinarians were present for the slaughter although the meat was marked as having followed that required legal procedure.

Louise Nyholm of Sweden’s National Food Agency said small quantities of the meat had been sold to four companies in Sweden, and called it “a serious violation of food law and totally unacceptable.”

The agency said authorities in EU countries to which the meat was exported were alerted.

Officials in Finland said some 250 kilograms of Polish meat suspected to be from sick cows ended up in the country. Food safety officials were investigating whether any of that meat has been sold in local stores.

Meanwhile, Estonia got about 350 kilograms of the meat but none ended up in stores, officials there said.

The Polish veterinary inspectorate stripped the slaughterhouse of permission to operate earlier this week.