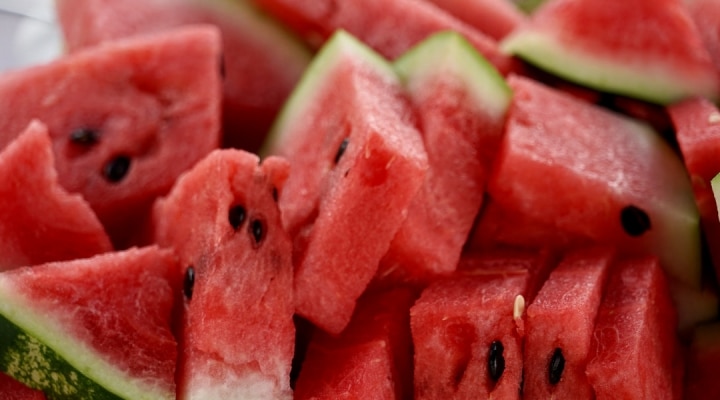 There seems to be no lack of produce suppliers able to offer organic promotional options to retailers for the weekend of the Fourth. (Floh Maier/Unsplash)

MONTEREY, Calif. — Summer production of organic fresh produce is in high gear across the country, giving retailers a wide range of promotional opportunities for the Fourth of July.

“Right now, the watermelon crop is hot and heavy, sweet corn is in full swing, the leafy items are depressed, so they are easy to promote, and berries are also promotable,” said Charlie Marusich, director of sales for OK Produce in Fresno, CA. “It isn’t always the case, but right now the produce stars are aligned, and all the classic Fourth of July items are promotable.”

Servicing more than a thousand stores with direct delivery in the West, Marusich said it is his team’s job to find items for their customers to promote, and they have many, many suggestions for this mid-summer holiday.

And there seems to be no lack of produce suppliers able to offer organic promotional options to retailers for the weekend of the Fourth.

Brianna Shales, marketing director for Stemilt Growers LLC, Wenatchee, WA, noted that cherries are a great ad choice. “The organic cherry season is just getting started in Washington, with the Chelan variety kicking it off for dark-sweet cherries. Organic Rainiers have also started,” Shales said. “The key volume time for organic dark-sweet cherries is expected to start in late June and run through the first week of July, making for ideal promotion times during the Fourth holiday and after it.” Stemilt also has a later organic cherry deal, led by Skeena cherries grown on Stemilt Hill near Wenatchee, WA.

Cooler weather lately has slowed the cherry harvest a bit, but the area was expecting warmer temperatures during the middle of this week to speed things up. “Fruit sizing is expected to be large as we get into the peak promotion time,” Shales said.

The Northwest cherry deal with good organic supplies is a welcome sight for retailers looking to promote the crop. Marusich of OK Produce said the supplies of organic cherries from California in the May/June time frame were scant, leading to very high prices, mostly above $100 FOB.

Stephen Paul, stone fruit and blueberry category manager for Homegrown Organic Farms, said their promotional offerings for the Fourth of July allow for a “perfect red, white, and blue promotion of organic fruit. You can promote red plums, white nectarines, and, of course, blues. We have plenty of blueberries.”

It is peak season for many fruits, Paul said, so retailers have lots of options. Homegrown’s organic blueberry deal from Oregon is just getting underway with great volume anticipated for the Fourth of July weekend. “We also have a late apricot variety that’s promotable as well as plenty of white and yellow peaches and nectarines. There are just a lot of flavorful choices,” he said.

California had a very dry spring, which growers bemoaned for irrigation reasons, but the conditions produced some excellent-eating stone fruit. Paul noted that with July 4 falling on a Sunday, the day off will be celebrated on Monday July 5, leading to a very long weekend of parties, and the potential for great retail sales of organic produce from Thursday through Monday. “There’s no reason not to eat a lot of healthy organic fruits over that weekend,” he quipped.

Peter Oszaczky, general manager of Organic Harvest Network, with offices in Berkeley, CA, said the organic specialist’s heirloom tomato crop was in the middle of its season, with excellent, promotable supplies available for Fourth of July promotions. He said shipments started in late March and will continue into September from their local growers, with July being an optimal promotion month for the crop. Organic Harvest Network will also have cherry tomatoes available for the early July time frame. The longtime organic distributor noted that organic slicer tomatoes have been in short supply and highly priced, but organic heirloom varieties offer a great alternative.

Darrell Beyer, who handles organic sales for Boskovich Farms, Oxnard, CA, noted that he is into his summer organic vegetable lineup with some good opportunities for solid and steady program buys. “I have good celery volume with decent pricing. I also have lots of kale and good supplies of green onions, spinach, and cilantro,” he said.

Though in the summer months see West Coast vegetable producers of all vegetables, including organics, cutting back on acreage to accommodate the regional deals around the country, Boskovich offers year-round supplies of several organic crops. While green onions are the longtime grower-shipper’s signature item, Boskovich also has robust organic celery supplies.