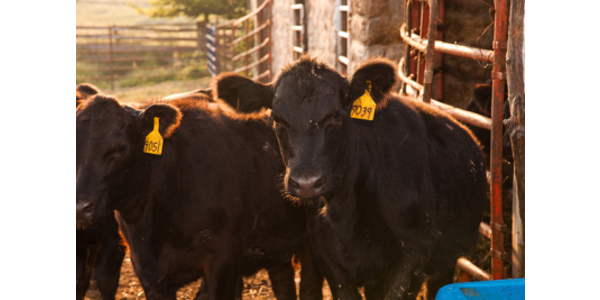 Held every October at the Minnesota State Fairgrounds, the annual Minnesota Beef Expo brought cattle producers and youth livestock exhibitors together to celebrate and promote the beef industry. (United Soybean Board via Flickr)

ST. PAUL — There was plenty of sunshine for the 2019 Minnesota Beef Expo. Held every October at the Minnesota State Fairgrounds, the annual Minnesota Beef Expo brought cattle producers and youth livestock exhibitors together to celebrate and promote the beef industry. This four-day event was Oct. 17-20 and was the largest all-breed beef show in Minnesota and included youth contests, cattle sales, a trade show, educational seminars and a 950 head junior show.

Participants came together from all over the Midwest. In 2019, more than 800 youth competed in the weekend’s junior events. Plus, some of region’s best seedstock producers sold cattle and embryos at the Supreme Row sale. Members of the Minnesota Hereford Breeders hosted and led a number of activities during the event as part of their duties as the event’s featured breed.

The Expo kicked off Thursday, Oct.17, with a Youth Knowledge Bowl followed by the Sullivan Supply Stock Show University Fitting Seminar. Fitting experts taught youth how to clip and prepare their show cattle to an enthusiastic crowd. Following the seminar 11 teams competed for champion fitting honors in the annual Sullivan Supply Fitting Contest.

On Thursday evening, more than 400 people gathered for Minnesota Youth Beef Experience Program’s (MYBEP) Beef Industry Ideas & Insights Symposium. Lance Pekus, best known as the Cowboy Ninja from “American Ninja Warrior,” was the featured guest with “Beef, It’s What’s for Ninjas.” Later in the evening, beef industry leaders educated attendees in breakout sessions regarding topics such as hoof care and maintenance, Beef Quality Assurance, current sires offered through the A.I. market, basic animal nutrition, improving a MYBEP application, and tools to improve herd genetics and EPDs. After the
sessions, Pekus gave a keynote address, “Courage to Face Life’s Obstacles, Cowboy Ninja Style!, ” designed to motivate young people to develop the skills and courage it takes to overcome the obstacles that occur when raising and showing cattle. To cap off the evening’s events, the Minnesota State Cattlemen’s Association awarded one of the 11 MYBEP heifers to Nathan Skiba, North Branch, Minn.

One of the most unique aspects of the Minnesota Beef Expo is MYBEP. Eleven heifers were presented to youth who went through an intensive application process. Each winner is responsible for raising, breeding and maintaining complete records on care of the animal, while providing monthly progress reports to the original owner and the Minnesota Beef Expo. The breeders who donated heifers will also serve as mentors to the respective winners.

The 2019 heifer recipients were:

The 2020 Minnesota Beef Expo will be held October 15-18 at the Minnesota State Fairgrounds.

For further information on the Minnesota Beef Expo, a listing of complete results or high-resolution photos please virginia.mold@mnstatefair.org or visit mnbeefexpo.com.