Home » Plenty of moisture in all the wrong places 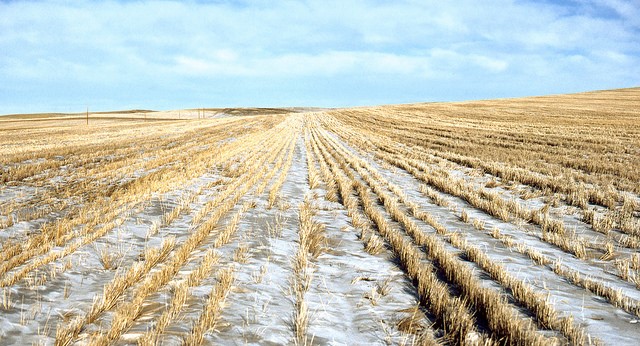 Since last week, much of the drought conditions in the Southern Plains and Southwest remains largely unchanged. Kansas, western Oklahoma, and the Texas Panhandle continue to battle severe to exceptional drought conditions while areas just to their east are now dealing with some excessive moisture. Looking back to the beginning of 2018, much of the Plains were impacted by abnormal dryness with some pockets of severe drought conditions. Since January, rains have been largely contained to an area from eastern Texas to western Pennsylvania, helping to lift the dryness that had been in central and southern Missouri, Arkansas, Louisiana, Mississippi, and eastern Texas. And through the rest of April, this pattern of the dry stay dry and the wet get wetter is expected to continue. Winter wheat crops in western Kansas, Oklahoma, and Texas will likely be further impacted by sub-par moisture while points east deal with soggy fields. This excessive moisture, combined with cooler than normal temperatures, and even snow, will lead to delays for fieldwork and the planting of the 2018 corn crop. 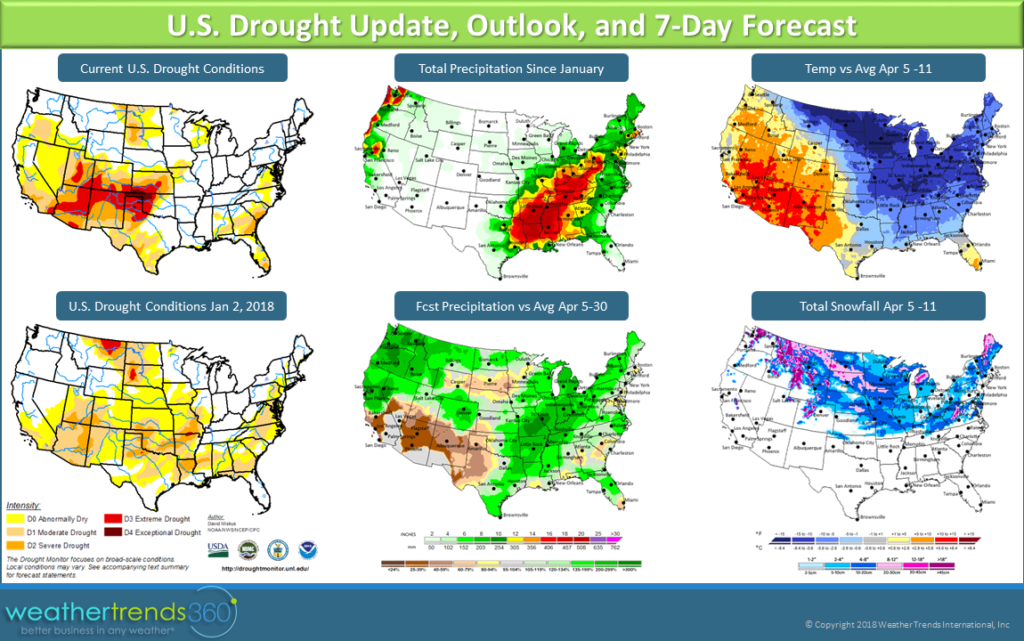 Over the next 7 days, temperatures across the North Central, Midwest, and Northeast are forecast to trend 10-15F below normal with below freezing lows reaching as far south as northern Texas by the weekend. While total precipitation in the form of rain is expected to be the greatest in parts of the Southeast, snow is forecast for areas further north. A late week system is expected to bring snow from Montana to northern Missouri tomorrow before impacting the Ohio Valley and Mid-Atlantic over the weekend. Later in the weekend and into early next week, the Northern Plains and Midwest could also receive their share of accumulating snow. As of today, April 5th, 24.2% of the US is covered by snow. Last year on this date, snow cover was only 12.8% and mostly contained to the Rockies and New England. The good news about spring snow is that it doesn’t stick around as long as winter snow. The higher sun angle combined with warmer daytime temperatures help to more quickly melt the snow. Several days with some above normal temperatures could even be on the horizon in the 8-14 day forecast.

The deck is stacked against farmers in trade game