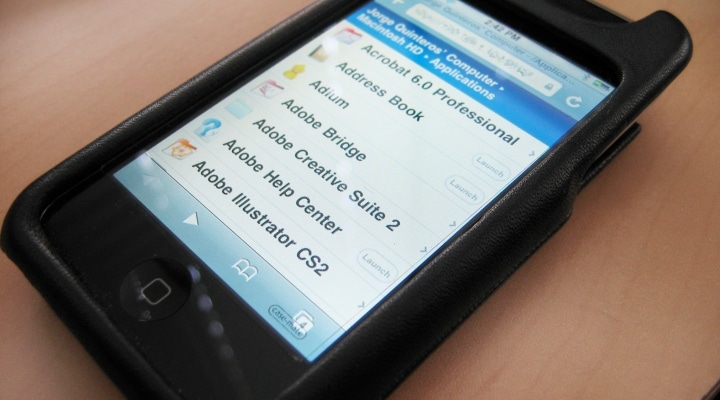 The team received the awards during a four-day virtual conference in April hosted by Mercy Corps AgriFin, an international humanitarian organization. The event featured more than 80 speakers representing organizations dedicated to driving transformational change in the agriculture sector around the globe.

Developed by a team led by David Hughes, professor of entomology and biology in the College of Agricultural Sciences, PlantVillage began as a website that uses photographs of plant diseases and insect damage to crowdsource answers to crop questions posed by growers from around the world.

The project since has grown to include a mobile app that combines artificial intelligence, machine learning and satellite data to diagnose crop problems, which are verified using “ground-truth” monitoring.

PlantVillage now has more than 60 full-time team members who are dedicated to projects ranging from climate change adaption technology to access libraries on crop health for the benefit of global communities. Much of their work focuses on Africa, a continent with high levels of food insecurity.

“Our goal is to empower smallholder farmers and lift them out of poverty using affordable technology and democratizing the access to knowledge that can help them grow more food,” said Hughes. “We are pleased to be recognized for our work. We believe that working together is the solution to problems such as locusts, as well as to bigger challenges like climate change.”

Hughes explained that in early 2020, an infestation of desert locusts — destructive, migratory pests — threatened food security in Ethiopia, a country ranked as one of the hungriest in the world. Even a small part of an average swarm of locusts (about one ton) eats the same amount of food in one day as nearly 2,500 people, according to the Food and Agriculture Organization of the United Nations.

The locust invasion was Ethiopia’s worst in 25 years, Hughes pointed out, and COVID-19 compounded the problem by creating restrictions on personnel and equipment. The locusts then spilled over into Kenya, which had not seen such swarms in 75 years.

“It was a crisis within a crisis,” Hughes said. “The expectation was that up to 35 million people would lose food. It was imperative to use remote reporting to track swarms and deliver pesticide treatments faster, all while keeping those on the front lines safe.”

PlantVillage and Mediae, a media company based in Karen, Nairobi, worked closely with other organizations, such as FAO, to develop an awareness campaign about locusts that would encourage citizen reporting. The Penn State scientists used their know-how to create a smartphone app that made it easy for farmers and citizens to report locust sightings. Air and ground control teams used this information to target and destroy swarms.

Television, radio and text messages in five local languages reached 16 million farmers over six months. The project and several other initiatives were responsible for protecting the food security of 36.6 million people and avoiding $1.56 billion in cereal and milk losses, according to the FAO. This success story on the power of technology to combat locusts even was covered in the New York Times, Hughes noted.

Melodine Jeptoo, a field coordinator in Kenya for PlantVillage, was charged with leading the 52-member locust survey team in northern Kenya. She said the survey team, aided by a grant from FAO, Mercy Corps and the Skoll Foundation, greatly contributed to the control of the pest.

“The real-time data that they provided in the Elocust3m app helped the county government officers and the aerial surveillance team to locate the swarms and plan for immediate spraying,” she said. “All these could not have been achieved without funds, and we appreciate our donors for their support. It meant a lot to us; it saved Kenya in terms of food security.”

Making the feat even more remarkable was the tight timeframe in which the project came together — in less than a month.

“COVID accelerated development in many sectors around the globe, and that was certainly true regarding the circumstances we were facing in Africa,” Hughes said. “And the power of technology, in this case, artificial intelligence and the use of smartphones connected to satellites, has opened up massive opportunities for African farmers as they struggle to cope with climate change and other biotic stressors.”

For Kehs, whose professional duties include leading a group of young agriculture graduates known as PlantVillage’s “Dream Team,” receiving the awards is an affirmation of the difference the team is making.

“It’s rewarding to empower passionate youth to interact with local communities to achieve food security, not just for their community or county, but their country,” she said. “I am enormously proud of our entire team’s capacity to believe in the mission and continue working hard every day while there are numerous challenges greater than us ahead.”