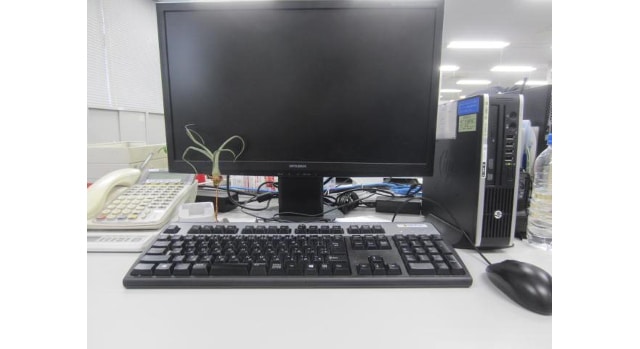 AWAJI, Japan — A study out of the University of Hyogo in Awaji, Japan, details the stress-reducing benefits to office workers that even a small plant situated within easy viewing can impart.

Their findings are illustrated in their article “Potential of a Small Indoor Plant on the Desk for Reducing Office Workers’ Stress” published in the open access journal HortTechnology, by the American Society for Horticultural Science.

In modern society, stress reduction in the workplace is a pressing issue. While it has been commonly assumed that plant life is soothing to those required to regularly face stressful or mundane situations, this study scientifically verifies the degree of psychological and physiological impact induced by indoor plants. Rather than conducting experiments in a laboratory setting, the researchers calculated stress reduction on employees in real office settings.

Toyoda adds, “At present, not so many people fully understand and utilize the benefit of stress recovery brought by plants in the workplace. To ameliorate such situations, we decided it essential to verify and provide scientific evidence for the stress restorative effect by nearby plants in a real office setting.”

Toyoda and his team investigated changes in psychological and physiological stress before and after placing a plant on the workers’ desks. Sixty-three office workers in Japan were the participants of this study. The participants were directed to take a 3-minute rest while sitting at their desks when they felt fatigue.

There were two phases of the study: a control period without plants and an intervention period when the participants were able to see and care for a small plant. The researchers measured psychological stress in the participants using the State-Trait Anxiety Inventory. The ratio of the participants whose pulse rate lowered significantly after a 3-minute rest with interaction with their desk plant proved definitive.

The objective of this study was to verify the stress-reducing effect of gazing intentionally at a plant in a real office setting when a worker felt fatigue during office hours. Each plant used in the study was chosen and cared for by the worker. Both passive and active involvement with plants in the workplace were considered for their contribution to mitigation of stress and fatigue.

Participants were provided routine visual access to plants by having their choice of plant situated conveniently on their desks (a passive involvement with plants). They also had the opportunity to care for their plant (an active involvement with plants). Furthermore, the researchers considered that intentionally gazing at the plant was, though not involving physical movement, an active interaction with plants that office workers could do quickly and easily at their desks.

Participants were offered a choice of six different types of plants to keep on their desks: air plants, bonsai plants, san pedro cactus, foliage plants, kokedama, or echeveria. Each participant chose one of the six types of small indoor plants and placed it near the PC monitor on their desk.

The calming effects calculated during the study showed that anxiety decreased significantly from pre- to post-intervention. The results did not skew when looking at the data within the various age groups of the workers or with different plant selections. The researchers suggest that placing small plants within close sight contributed to psychological stress reduction across the board.

Toyoda and his team suggest for business owners that small indoor plants could be economical and helpful in efforts improve office conditions for employees. In addition, for growers of indoor plants and business owners of retail plant companies, the field of mental health for office workers could open up a new avenue of a promising market.

High-def mapping of moisture in the soil