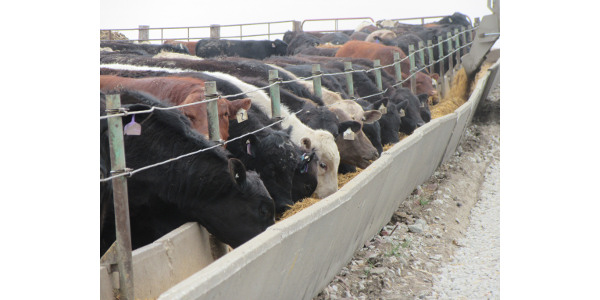 MT VERNON, Mo. — The Missouri Steer Feedout for calves born in January to April 2017 will not begin until November 7, about two and a half months from now. However, now is the time to make plans according to Eldon Cole, livestock specialist with University of Missouri Extension.

“First, look your calf crop over and think about which steer calves would be the ones you’d like to obtain data on to help you accurately evaluate your farm’s breeding program,” said Cole.

The minimum number a producer can enter is five. Most herds consign 10 to 20 head of steers as they may have two to four herd sires they would like to compare.

Secondly, Cole says to size them up projecting what they will look like in November.

“We suggest the calves weigh at least 550 lbs. on delivery day. Most of the steers will have been born from February 1 to March 20,” said Cole

Third, try to enter both steers from older cows as well as those from first-calf heifers. The latter lets a producer see if recent breeding stock decisions are moving a herd to attain future goals. The same could be said for comparing older, younger or artificially sired calves.

Next, mark your calendar and plan to wean calves by Sept. 24. The 45 days or longer is an industry standard that is suggested for steers headed to a Tri-County Steer Carcass Futurity feedlot in southwest Iowa. Two rounds of the Modified Live Vaccine must be given at least 28 days before delivery. The target date for the last shot is October 10.

“Steers must be castrated, dehorned and healed by delivery. Hopefully, that was done before they reached three months of age,” said Cole.

The entry deadline is Oct. 10, and the fee is $20 per head. All other freight, feedlot and data expenses will be deducted from gross receipts at the conclusion of the program. Normally, participants receive their closeouts including a check, before June 15.

Individuals that enter ten head or more may request an advance of $400 per head once the steers are in Iowa. The total advance will not exceed 50 percent of the market value of the cattle.

The Missouri Steer Feedout is open to all, even those in neighboring states. Details and entry forms may be accessed online at http://www.swmobcia.com/.

The pickup locations normally are at Joplin Regional Stockyards and the Paris Veterinary Clinic. Other points in Missouri could be used if numbers of entries justify it.

STANDING OUT IN A HERD

According to Cole, cattle producers are looking for opportunities to make their cattle stand out at the feeder cattle auction or when they try to sell on the farm.

“One of the best ways I know is to have positive information to give the auctioneer or a market rep ahead of time,” said Cole.

Producers may also share information on the genetics they have been using for several years such as reputable AI sires because this catches an order buyer’s attention.

“A good reputation for having cattle perform well in the feedlot and on the rail helps you receive more than an average set of calves would,” said Cole.

Besides commercial cow-calf consignors, seedstock producers are encouraged to ask their bull customers to consign a few calves to the feedouts. 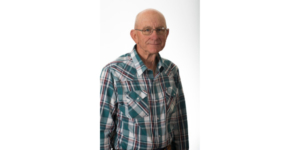 PARIS, Mo. — Entries will be accepted through Oct. 10 for the next Missouri Steer Feedout, with weigh-in on Nov. 2, says University of Missouri Extension livestock specialist Eldon Cole. An entry consists of five or more head of steers born after Jan. 1, 2021. At delivery they should be weaned at least 45 days, […]

Fresh look at the farmers market

"Creating a Business Plan and Budget"