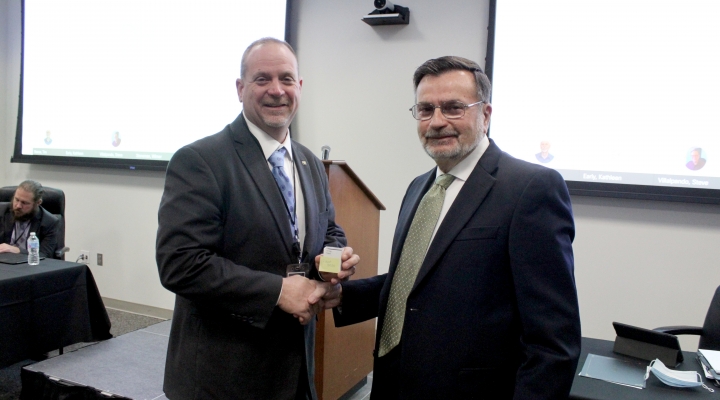 VFBF President Wayne F. Pryor presented an award to Mills at a Farm Bureau board meeting in Richmond.

Mills was named Swisher Sweets/Sunbelt Expo Southeastern Famer of the Year in 2017 and named to the 2020 Virginia Business magazine Virginia 500 list.

He and his wife, Cindy, have two sons, Logan and Holden.