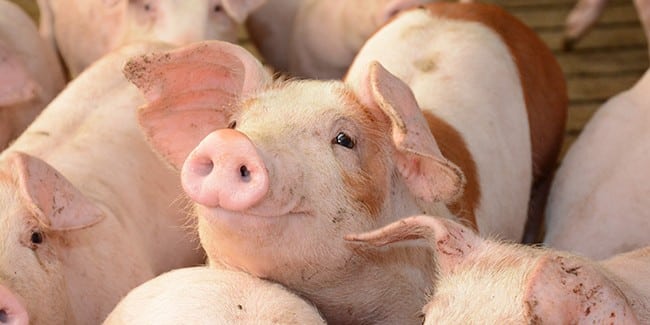 The USDA’s September Hogs and Pigs report places the Sept. 1 inventory of all hogs and pigs at 75.4 million head, up about 1.3% from last quarter but down 3.9% from last year and well below the pre-report expected range of 0.2% to 2.7% lower, according to Jason Franken, agricultural economist at Western Illinois University and contributor to the University of Illinois farmdoc team. (University of Illinois ACES)

URBANA, Ill. — The USDA’s September Hogs and Pigs report places the Sept. 1 inventory of all hogs and pigs at 75.4 million head, up about 1.3% from last quarter but down 3.9% from last year and well below the pre-report expected range of 0.2% to 2.7% lower, according to Jason Franken, agricultural economist at Western Illinois University and contributor to the University of Illinois farmdoc team.

“The lower than anticipated inventory basically reflects that market hog and breeding herd inventories, respectively, are 4.1% and 2.3% lower than a year ago, also below pre-report expectations ranging from 0.1% to 2.8% lower and 0.3% to 1.7% lower,” Franken says.

The decline in lighter weight-class hogs partly reflects that the June-August pig crop, at 6% smaller than last year, is also below the low end of pre-report expectations ranging as much as 4.0% lower, with nearly 7% fewer sows farrowed and 11.13 pigs saved per litter–or about 1% more than the 11.06 pigs per litter for the same period last year, Franken notes.

“With annual averages of 10.98 and 11.03 pigs per litter in 2019 and 2020, respectively, the number seems on pace with the upward trend observed over the last decade,” he says. “Still, the smaller pig crop should imply a similarly smaller slaughter this winter. Farrowing intentions for the fall and winter, respectively, are down 4% and up 1% from the prior year, which suggests that slaughter levels in subsequent periods aren’t in danger of getting much above year-ago levels, making it difficult to replenish frozen stocks of pork.”

There is plenty of room in cold storage, as it remains at levels lower than a year ago when it was first drawn down during the COVID-19 pandemic, Franken states. According to this week’s USDA cold storage report, cold stocks of pork on August 31 are up 4% from the previous month anddown 1% from a year ago or about 24% from two years back. Beef stocks are up 4% from last month and down 8% from last year, while poultry stocks are down 3% from last month and about 20% from a year ago.

“The U.S. exported 508 million pounds of pork in July, or about 8.5% lower than in July of 2020. Higher exports to most other major markets were unable to offset 62% lower shipments to China and Hong Kong and 7% lower to Canada. These cuts reflect increased pork production in both countries, especially as China reportedly recovers from African Swine Fever,” Franken explains.

Forecasted exports for the remainder of 2021 are trimmed based on expectations of continued lower Chinese demand, Franken notes. The USDA estimates U.S. pork exports to be 1.575 billion pounds in the third quarter of 2021, or about 3.2% lower than last year, with fourth quarter exports revised 25 million pounds lower than last month’s forecast but still 3.6% higher than last year. The first two quarters of 2022 are forecast to be about 4% and 3% below 2021 levels, respectively.

“All in all, total pork exports for 2021 are expected to exceed 2020 levels by about 1%, and then drop by about 0.5 percent to 7.3 billion pounds in 2022. Hence, even with decreased Chinese demand, exports should remain fairly strong,” Franken says. “Even with currently high costs of production, hog prices should keep producers in the black for the remainder of 2021 and into 2022, depending on the corn harvest and if pork export demand holds out.”

The forecast presented here is for the national weighted average net price on a carcass basis for all transactions for producer-sold barrows and gilts, including negotiated and contract prices, Franken explains. This net price should be more reflective of what producers receive, on average, and normally averages a premium of more than $2/cwt over the base price, but for the period of high prices from June through August averaged $107.64/cwt compared to $111.79/cwt for the corresponding net prices for negotiated or spot transactions.

“In general, hog prices tend to be higher in the second and third quarters, with lower prices in the first and fourth quarters. Consistent with that pattern, prices are forecast to drop to an average of $85.12/cwt for the fourth quarter of 2021, reflecting a balancing of expectations for supply and exports being revised lower for the near term,” Franken says.

“For 2022, prices are forecast to average $81.20/cwt in the first quarter and then rise seasonally to $87.30/cwt and $89.60/cwt in the second and third quarters. However, if during that time, further setbacks are discovered for China’s recovery from African Swine Fever or Chinese producers otherwise pull back expansion, for instance due to rumored limited profitability, then greater export demand and higher prices may be realized,” he concludes.

Discussion and graphs associated with this article available here: https://uofi.box.com/s/kircol4hj7z1afunj37dwc757uc1dawb or here: https://farmdocdaily.illinois.edu/2021/09/unexpectedly-lower-inventories-and-steady-to-lower-demand.html

A look back with Lisa Behnken