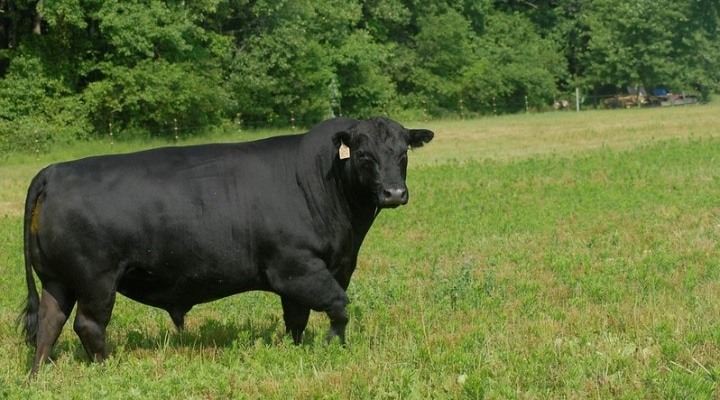 TULSA, Okla. — Starting in 2018, the American Angus Association® initiated the first Phenotype and Genotype (PGS) Show at the Eastern Regional in Lima, Ohio. The objective of this show was to provide juniors with an additional avenue to show their heifers while also offering an educational component of learning the value of Expected Progeny Differences (EPDs). This year, the American Angus Association hosted the first national PGS show at the 2020 National Junior Angus Show (NJAS) in Tulsa, Oklahoma.

Animals entered in the PGS show are evaluated by a judge under a system that requires both the genotype and phenotype to be considered. The results are composite scores calculated from the genotyped EPD placing results and phenotype placings results. In the event of a tie, the tie will be broken based on the phenotypic placings.

Prior to the show, Perry evaluated the cattle on paper which included their entry number, birthdate EPDs (CED, BW, WW, YW, Milk, Marb, REA, $M, $B, $C) and percentile. After placing the classes based on their EPDs, the results were turned over to the Association staff to compile.

“The PGS was started as another competitive avenue for junior members to provide an educational opportunity for juniors to learn about the value of EPDs,” Caitlyn Brandt, American Angus Association events coordinator said. “EPDs aren’t heavily utilized in the show ring, but the PGS is specifically designed to bring merit to the numbers as someone would when evaluating their next bull or female purchase.”

Visit njas.info for complete show results from the National Junior Angus Show and news from the event.