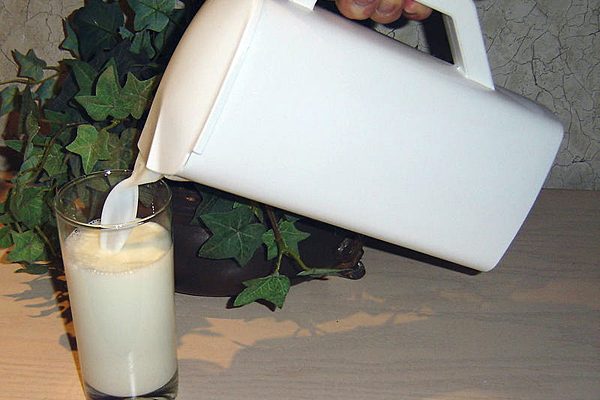 Pennsylvania Farm Bureau is urging the Food and Drug Administration to vigorously enforce food standards regarding the labeling of dairy products and prohibit the misleading labeling of nut-based and plant-based food products as “milk.” (Wikimedia Commons)

CAMP HILL, Pa. — Pennsylvania Farm Bureau is urging the Food and Drug Administration to vigorously enforce food standards regarding the labeling of dairy products and prohibit the misleading labeling of nut-based and plant-based food products as “milk.”

“Products identified as almond milk, soy milk and similar items are not being held to the same FDA standards as milk and dairy products that come from healthy cows, yet they still benefit by using the term ‘milk’ on their packaging,” said PFB President Rick Ebert. “Through their packaging, labeling and location in the refrigerated dairy section, these imitation products directly compete with and are marketed as substitutes for beverage milk products. It’s time for FDA to enforce its existing rule and forbid imitation nut and plant juices from advertising and labeling their products as milk.”

Farm Bureau asserts that some consumers mistakenly believe that plant and nut-based drinks are nutritionally equivalent to dairy products and they associate certain positive nutritional characteristics to milk.

“These imitation products are typically marketed as natural substitutes, even though they are heavily processed and include ingredients such as emulsifiers, thickeners, sweeteners and artificially added nutrients,” said Ebert. “One serving of traditional milk contain eight grams of protein, while imitation beverages, such as almond, coconut and rice juices, have much lower levels of protein, while sweetened versions of these beverages contain high levels of sugars and carbohydrates not associated with traditional milk.”

PFB notes that it supports a consumer’s right to purchase dairy-free products, but our members believe these products should adhere to current regulations in their marketing process and that consumers are presented with accurate labeling information so they can make informed choices.

“The FDA’s failure to enforce existing regulations forbidding nut-based and plant-based beverages from using the term ‘milk’ in product labeling has contributed to an erosion in traditional milk’s market share and has placed a further burden on struggling dairy farmers in Pennsylvania and across the United States,” concluded Ebert.

Pennsylvania Farm Bureau is the state’s largest farm organization, representing farms of every size and commodity across the state.