Home / National / Pesticides may be forced on organic farm
A new user experience is coming! We'll be asking you to login to your Morning Ag Clips account March 1st to access these new features.
We can't wait to share them with you! Read more here. 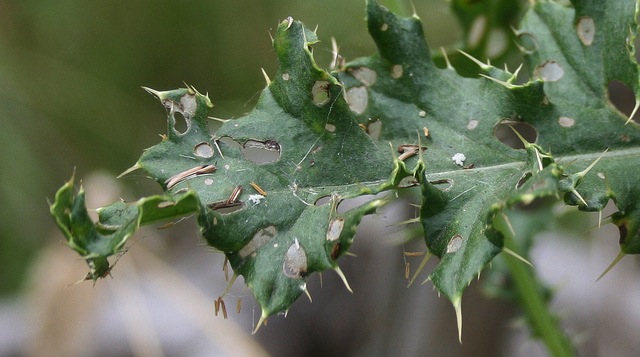 MORO, Ore. (AP) — Religious beliefs involving the use of pesticides are part of a dispute over noxious weeds on a 2,000-acre organic farm in Oregon that has attracted the attention of organic food supporters.

Sherman County may order the owners of Azure Farms, near Moro, to spray to control the weeds if the farm doesn’t come up with a weed management plan by next week.

The county said in a letter it also might do the spraying itself then bill the farm owned by Ecclesia of Sinai.

The farm, which is operated by a major supplier of organic products called Azure Standard, would lose its organic certification if herbicides are applied, the Capital Press reported Tuesday (http://bit.ly/2qoRsaX ).

The company has also cited religious beliefs for refusing to spray, including a biblical passage stating that the land should not be defiled.

Alfred Stelzer, of Ecclesia of Sinai, says the farm “made a covenant” to follow the Bible and cited a passage from the Book of Numbers 35:34 that says the land must not be polluted.

Neighboring farmers who don’t use organic methods have complained that the weeds pose a risk to their crops if they aren’t contained.

If the operation doesn’t develop a plan and refuses to allow spraying, the county could ask Oregon agricultural officials to place their operations in quarantine.

A video posted on the farm’s website has resulted in hundreds of phone calls and thousands of e-mails to county officials from supporters of the farm.

The Oregon Wheat Commission and several growers are hoping to draw support from the Oregon Department of Agriculture, while a group that certifies organic operations is asking the county to give the farm more time before enforcing its weed control plan.

The conflict began to unfold in March, when Sherman County’s weed district supervisor Rod Asher wrote to Ecclesia of Sinai that noxious weeds “have been found to be growing rampant and unchecked on your properties in Sherman County.”

Ecclesia of Sinai is based in neighboring Wasco County.

The Stelzer family says on their website that they converted their farm to organic practices in 1971 after pesticide use damaged their land.

County commissioners are expected to take up the issue Wednesday. The county has moved the session from the courthouse to a school gym to accommodate a crowd.

The drivers of plant diversity