Home / National / Perdue says Trump to act on ethanol waivers
A new user experience is coming! We'll be asking you to login to your Morning Ag Clips account March 1st to access these new features.
We can't wait to share them with you! Read more here. 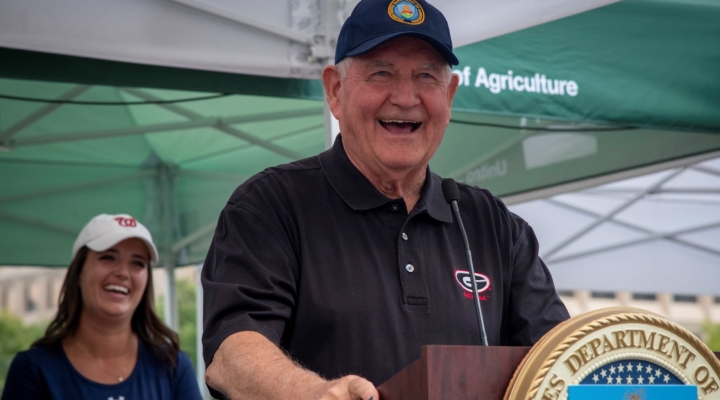 U.S. Agriculture Secretary Sonny Perdue would not say what action the Republican president will take but that Trump believes the EPA waivers were "way overdone." (U.S. Department of Agriculture, Public Domain)

Perdue spoke to farmers and agribusiness leaders Wednesday in Decatur, Illinois. He says it was “disappointing” that Trump’s Environmental Protection Agency granted the waivers . They came after Trump allowed for year-round sales of 15% ethanol blend in fuel. That’s up from the more common 10% blend and a summertime ban on sales of the 15% fuel because of more smog produced by higher concentrations of ethanol.

Perdue would not say what action the Republican president will take but that Trump believes the EPA waivers were “way overdone.”

Perdue’s visit on Wednesday begins in Decatur at an Ag Policy Summit hosted by U.S. Rep. Rodney Davis, an Illinois Republican. GOP Congressmen John Shimkus, Mike Bost and Darrin LaHood will join them. Perdue is also slated to visit the Farm Progress Show in Decatur and later tour the Melvin Price Locks and Dam Facility in Alton after a U.S. Army Corps of Engineers briefing.

Perdue has sought to assuage farmers’ fears of financial problems after China halted purchases of U.S. farm products in an escalating trade war. Also, farmers are angry that the Republican administration ordered increased blending of corn-based ethanol in fuel but then exempted small oil refineries from complying.