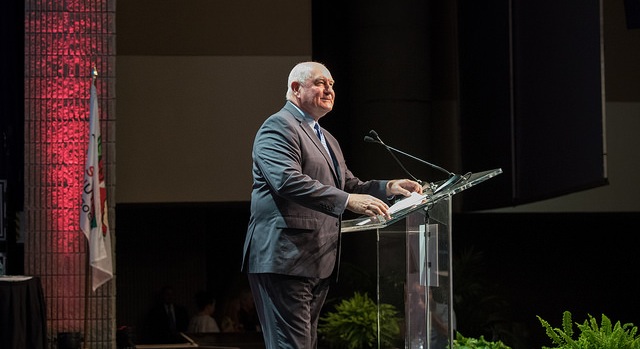 WASHINGTON — U.S. Secretary of Agriculture Sonny Perdue issued the following statement today regarding the fix of Section 199A of the federal tax code found in the omnibus spending bill passed by Congress and signed into law by President Donald J. Trump:

“Fixing Section 199A was a fundamental issue of fairness.  We should not be picking winners and losers through the federal tax code by favoring one side over another. During my travels across the country, I met with countless farmers and members of the agriculture community who were affected by this so-called ‘grain glitch.’ I applaud Congress for hearing their voice.”

The Tax Cuts and Jobs Act passed in December of 2017 was meant to spur economic growth across the entire American economy, including the agriculture sector, and its positive results can already be felt. However, the unintended consequences of Section 199A, originally designed to preserve benefits for cooperatives and their patrons, disadvantaged the independent operators in the same industry. Many members of the agriculture community began to raise questions about the potential market effects on cooperatives and independent grain-related businesses.

The solution passed by Congress, to equalize federal tax treatment of cooperatives and non-cooperates, is overwhelmingly supported throughout the agriculture community. Secretary Perdue and members of the U.S. Department of Agriculture (USDA) leadership, including Under Secretary for Marketing and Regulatory Programs Greg Ibach, have voiced the agriculture community’s concerns throughout the year in statements and speeches across the country.