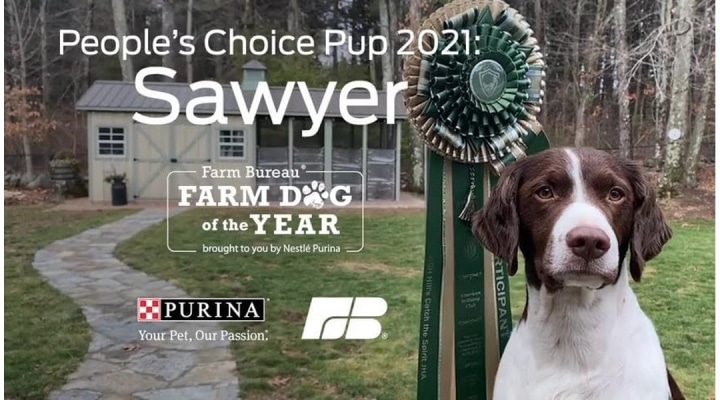 "Congratulations to Sawyer and Liz," said MFBF President Mark Amato. "Sawyer works to guard Liz's backyard chickens and is an excellent hunting dog. We are thrilled he represented Massachusetts in this competition." (Courtesy Photo) 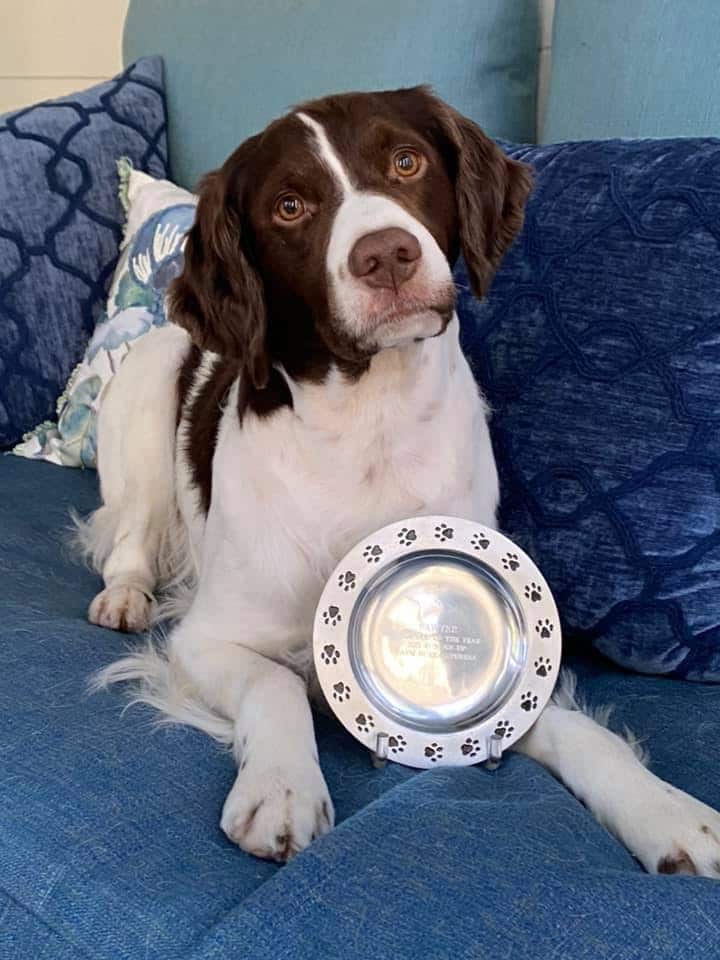 “Congratulations to Sawyer and Liz,” said MFBF President Mark Amato. “Sawyer works to guard Liz’s backyard chickens and is an excellent hunting dog. We are thrilled he represented Massachusetts in this competition.”

While Sawyer was honored with being the Northeast Runner-Up and People’s Choice Pup in this year’s contest, Bindi, a New York farm dog owned by Sonja Galley was named overall Farm Dog of the Year. All prizes for this year’s contest were donated by Purina. The company has been helping dogs and cats live longer, healthier lives through scientifically based nutritional innovations for more than 90 years.

“The Farm Dog of the Year contest embodies Purina’s belief that people and pets are better together, and we are proud to help recognize the Galleys, Bindi and all of the great farm dogs across the U.S.,” said Jack Scott, vice president of sustainability at Purina, in a press release from American Farm Bureau Federation. “Purina has a long history of sourcing nutritious ingredients from American farms to make our high-quality pet foods. We salute farmers and the important work they do to steward their land and help feed generations of people and pets, with the help of their amazing dogs who help enrich lives on and off the farm.”

“I am honored that Sawyer received these awards,” said MFBF member Liz Smith. “A panel of judges with expertise in the pet care industry, veterinary medicine and communications reviewed 90 nominations to select the 2021 Farm Dog of the Year, and it is flattering they consider Sawyer among the best of the best.”

Judging criteria included the dog’s helpfulness to the farmer and his/her family, playfulness and their role in making life better on and off the farm. Farm Bureau members submitted written responses to questions, photos and video clips to nominate their dogs for Farm Dog of the Year.

Sawyer competed against 10 other dogs in the People’s Choice Pup contest, which was conducted over Facebook. Voting was done during a set time period, during which Facebook users could “react” to the dogs’ photos to vote. As People’s Choice Pup, Sawyer won bragging rights, a year’s supply of dog food and other Purina products.