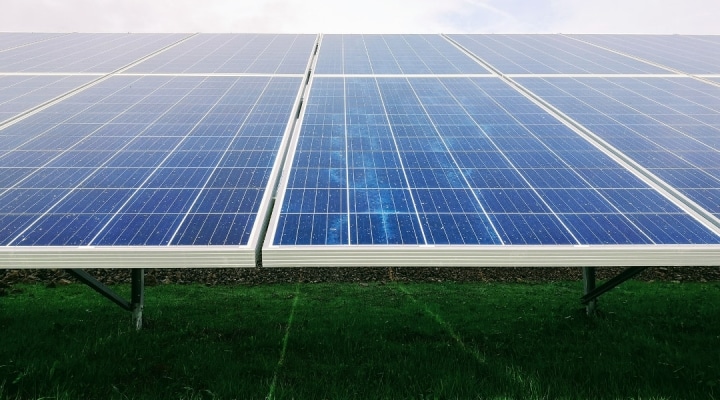 Upon completion, an attorney, landowner, government professional, educator or other interested attendee will have a well-rounded understanding of the legal facets of the proliferation of utility-scale solar development project proposals in Pennsylvania, across the region, and throughout much of the United States. (Photo by Mariana Proença on Unsplash)

This symposium is targeted at those with both beginning and intermediate levels of knowledge about photovoltaic electrical generation for the grid and is designed in a progressive manner with each session building upon the knowledge gained in the prior session. Upon completion, an attorney, landowner, government professional, educator or other interested attendee will have a well-rounded understanding of the legal facets of the proliferation of utility-scale solar development project proposals in Pennsylvania, across the region, and throughout much of the United States.

Hour one of the Symposium will provide the necessary introduction to the terminology, principles, market forces, stakeholders, and basic configuration of a utility-scale solar project. It will culminate with a virtual 360º tour of several projects, taking you up close to see the components and construction of a project.

Hour two of the Symposium will examine the most common method presently being employed by solar developers to secure land for proposed projects – an option agreement to enter into a ground lease, potentially as lengthy as forty or more years. These are capital-intensive projects in which millions of dollars will potentially be invested in permanent structures constructed on land remaining titled to the landowner. Many unique considerations arise, particularly from the previous granting of legal interests to others which have the potential to interfere with the project.

Hour three of the Symposium will focus on the option and ground lease provisions themselves, all of which must be agreed to upfront at the time the option is signed. With a landlord-tenant relationship that can be in effect for forty years or more and a grid-scale solar industry in its infancy, successor parties and assignments are virtually guaranteed. A lot is at stake in the negotiations for both sides, neither party has “done this before,” and the agreement forms presently being used are anything but “tried and true.” But where there is not a well-trodden path, there may be room for creative negotiations.

Hour four of the Symposium will allow attendees to hear from solar developers with their perspectives on project development. This will include developers of both utility-scale projects and community solar projects. Topics will include the considerations that go into selecting a potential site; the overall economics and financing of a project; the processes and approvals required from a regional transmission organization (RTO) and the Federal Energy Regulatory Commission (FERC) to sell electricity to the grid; circumstances that can cause a project to be tabled at the option stage, including local government and/or community opposition.

Hour five of the Symposium will present a unique insight on the local government role in solar projects. Pennsylvania has no state laws, regulations or entities regulating siting or solar project attributes, rendering local government the regulator of first instance. Professor Mohamed Badissy of Penn State Dickinson Law has been compiling data on Pennsylvania municipal ordinances enacted to date which address land use for solar development. Municipal solicitors in particular should benefit from a review of this information and the lessons learned, as well as to gain an appreciation of the work yet to be done by municipalities to be prepared as projects advance to potential realization in the short- and long-term. Public and community engagement in the face of potential opposition also will be explored.

Hour six of the Symposium will allow attendees to hear from two experts in their fields about the role that state and federal government has played to date in spurring the increased investment being made, and planning to be made, in PV electrical generation generally and what policy initiatives, legal mandates, government renewable energy goals and incentive programs may be on the horizon in the years to come.

Tom Murphy has 36 years of experience working with public officials, researchers, industry, government agencies, and landowners during his tenure with the Extension/Outreach branch of the University. His current work is centered on educational consultation in energy transitions, specifically at the convergence of shale gas and renewables, with a more recent emphasis on utility-scale solar. In his role with MCOR, Tom provides leadership to a range of Penn State’s related energy outreach events and research activities.

Dan Brockett is with the Penn State Extension Energy Education Team. He lectures and teaches on energy development, the economics driving the energy development process, the process and politics of energy development, and the associated impacts to communities, businesses, agriculture, land, and people. He has had the opportunity to provide training for industry, for elected officials, for businesses, investors, regulators and for landowners and has been able to speak throughout the country and around the world.

Brook Duer joined Penn State Law’s Center for Agricultural and Shale Law as a staff attorney in 2019. Prior to that, he was an attorney with the Pennsylvania Department of Agriculture for 12 years, serving 8 of those years as Chief Counsel to the agency and supervising the agency’s legal office. Brook also has experience practicing law in Lancaster County for 18 years. Brook received a B.S. in Communications from Indiana University of Pennsylvania and a J.D. from the University of Pittsburgh School of Law.

Alyssa is a leader in environmental policy for the renewable energy sector with over 14 years of experience managing environmental and regulatory compliance for grid scale wind and solar energy projects. Her expert knowledge of wildlife regulations, permitting and sitting issues that impact renewable energy development, construction and operation have helped advance more than 6GW of executed projects. Alyssa has highly established governmental agency and stakeholder relationships regionally and nationally and has served on a number of advisory councils, committees and boards. Prior to joining Lightsource bp, Alyssa was Environmental Director at EDF Renewables, implementing a portfolio-wide permitting and compliance strategy. Alyssa received a bachelor’s degree in Environmental Science from Lehigh University and a master’s degree in Environmental Policy, Planning and Regulation from The London School of Economics and Political Science.

Phillip Guerra, JD, CPL is a certified professional land manager who has acquisition experience in both the oil & gas and solar industries. After graduating from law school in 2013, Phillip began his career in the upstream oil and gas sector as a field landman (contractor) for Antero Resources in southeast Ohio, where he ran title and completed pre- drilling and post-drilling land ownership reports. In 2017, he continued his work in the field as a contractor for Rice Energy, now EQT Corporation, where he negotiated leases and led EQT leasing efforts as project manager, overseeing their Ohio acreage. In early 2019, Phillip made the transition out of the oil and gas industry, accepting a position at ForeFront Power, a solar development company based in San Francisco, where he currently oversees land acquisition for the entire east coast. Phillip is a CPL and has been with the AAPL since early 2014.

Assistant Professor of Law, Penn State Dickinson Law Mohamed Rali Badissy is a scholar, advisor and international development advocate in the field of energy and climate finance. His research focuses on the use of contract standardization and sustainable finance to accelerate the development of energy infrastructure in emerging markets to increase access to affordable and abundant energy. Professor Badissy previously served as the Senior Attorney for Energy and Finance with the Commercial Law Development Program of the U.S. Dept. of Commerce, where he advised governments in emerging markets on commercial law reforms intended to catalyze private investment to increase energy access and decarbonize power markets.

Robert C. Young is an Energy Program Specialist at the Pennsylvania Department of Environmental Protection. At DEP, he works to support initiatives in the areas of renewable energy and energy efficiency, particularly around the deployment of grid- scale solar installations in order to for Pennsylvania to achieve a 10% in-state solar generation goal by 2030. Additionally, he is leading the development of a food waste to renewable energy assessment to be released later in 2021. He spent his early career as an analyst in the local government sector for the City of San Antonio, TX, and the City of Alexandria, VA. He is a certified Climate Change Professional (CC-P) through the Association of Climate Change Officers. Mr. Young received his B.S.E. in Civil Engineering from Duke University and his M.P.Aff. from the LBJ School of Public Affairs at the University of Texas.

Seth Blumsack is a professor of energy policy and economics and international affairs. He also serves as the director of the Center for Energy Law and Policy, a University-wide interdisciplinary research initiative. He started at Penn State in 2007. He is also a member of the external faculty at the Santa Fe Institute. Professor Blumsack has been studying the electric power industry through academic and consulting affiliations for more than twenty years. He has authored or co-authored more than fifty scientific papers, book chapters, and articles in industry and popular press, with research funding from the U.S. National Science Foundation, the U.S. Department of Energy (DOE), the U.S. Environmental Protection Agency (EPA), and private industry.