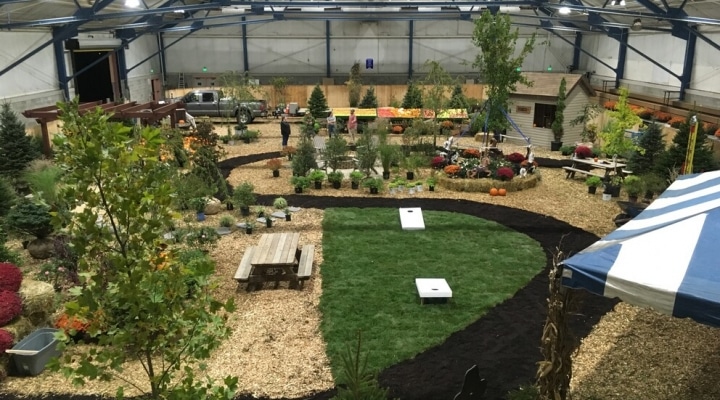 Planned and presented by the student Horticulture Club in the College of Agricultural Sciences, this annual show will be held in the Snider Agricultural Arena, on Park Avenue, diagonally across from Beaver Stadium.

The theme for this year’s event is “Halloween.” The show will feature tombstones, fog, spiderwebs and a corn maze. Visitors also will be able to purchase pumpkins, gourds and apples.

The show represents an enormous amount of group work, according to Emily Betler, a plant sciences major who serves as club president. “While I am the president, the other officers help me organize the club meetings, and many of them take trips to Philadelphia or Pittsburgh to pick up donated material,” she said.

The Horticulture Show is the biggest fundraiser that the club holds each year. With the funds from this year’s show, the club plans to participate in the National Collegiate Landscaping Competition, which will be held at North Carolina State University this spring.

The club, which is open to all majors, encourages members to participate in a variety of events, which include recreational, competitive and philanthropic activities. Those interested in joining the club or learning more about the Horticulture Show can follow the club’s Instagram page at @pennstatehortclub.