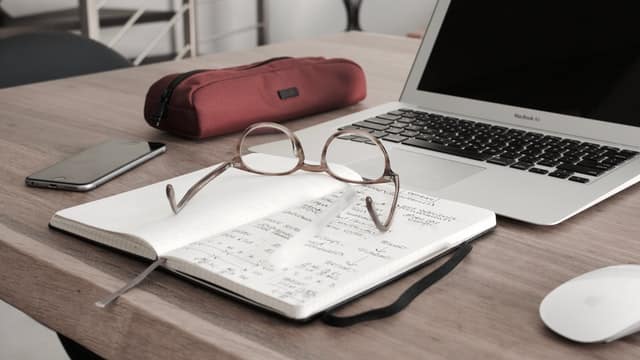 For the thousands of Pennsylvanians who have been left by the wayside on the information superhighway, help in the form of high-speed internet is en route, thanks, in part, to an alliance between Penn State Extension and the Pennsylvania Public Utility Commission. (Photo by Dan Dimmock on Unsplash)

UNIVERSITY PARK, Pa. — For the thousands of Pennsylvanians who have been left by the wayside on the information superhighway, help in the form of high-speed internet is en route, thanks, in part, to an alliance between Penn State Extension and the Pennsylvania Public Utility Commission.

An interactive broadband access map created by the organizations was an important tool for helping internet service providers prepare bids for “reverse auctions” held by the Federal Communications Commission. The FCC, through its Rural Digital Opportunity Fund, has allocated $20.4 billion to expand broadband in unserved rural areas.

Pennsylvania received nearly $369 million from the FCC — the seventh highest amount awarded in the nation — in the first auction, which took place Oct. 22. Thirteen internet service providers will carry out the job of providing broadband access to more than 184,500 homes and businesses in the commonwealth over the next decade.

“The pandemic has shown a bright light on the disparity in availability of broadband,” said Brent Hales, director of Penn State Extension and associate dean in the College of Agricultural Sciences. “This affects our children trying to attend schools remotely, adults working or themselves in schools, and businesses that are trying to compete in the marketplace. High-speed broadband enables businesses, schools, governments and families to function more effectively.”

Together, they created the interactive map — thought to be among the first of its kind in the nation — which breaks the commonwealth into “census blocks,” the smallest group division designated by the U.S. Census Bureau. These geographic pockets, which can range from a handful of homes to several city blocks, are underserved by FCC standards.

Extension’s collaboration with the PUC was critical in raising awareness about broadband disparities and the importance of the auctions among legislators, county commissioners and internet service providers. The team accomplished that task through webinars, virtual presentations and media outreach.

“Combining extension’s spatial analytic capabilities, educational expertise and connections with county commissioners and extension councils with the regulatory knowledge of the PUC made a significant impact,” said Crissy, extension educator in business and community vitality.

That impact was recognized by government leaders and service providers, many of whom credited the team’s outreach for an increase in bidders in the October auction compared to its predecessor, the 2018 Connect America Fund Phase II auction, noted James Ladlee, extension assistant director for energy, business and community vitality programs.

“The latest auction results are a big deal because in the previous FCC auction, Pennsylvania received only about $56 million,” Ladlee said. “We have heard from state and local officials who told us that our mapping and outreach efforts played a major role in Pennsylvania winning the seventh highest allocation in the nation.”

One of those accolades came from Gov. Tom Wolf, who in a press release commended the PUC and Penn State Extension for their strong leadership in expanding broadband to underserved areas and for “pursuing every available dollar for the state, as well as the many stakeholders that have helped to lay the groundwork to ensure the success of bidders in the most recent auction.”

The benefits of enhancing broadband in the commonwealth are far-reaching, according to Beresnyak, extension client relationship manager, and will touch every aspect of life. He also pointed to the economic benefit to the commonwealth over the next decade — up to $147 million annually — based on an economic analysis conducted by Purdue University.

“Digital access is a key characteristic of healthy communities,” Beresnyak said. “The extension broadband team’s collaborative effort with the PUC will open the doors to educational, telemedicine, precision agriculture and economic development opportunities in some of the most rural and underserved communities in Pennsylvania. We will see 327,000 residents in 66 counties getting or expanding access to broadband as a direct result of this effort.”

The project has caught the attention of government and universities nationwide, including the White House American Broadband Initiative Task Force, which asked Crissy and Beresnyak to give an update on the project during a recent meeting. Additionally, both have been asked to serve on the Philadelphia Federal Reserve Broadband Research Collaborative.

Hales praised extension’s efforts to bridge the digital divide, noting that the team will continue its work to bring broadband access to Pennsylvania, with an eye on precision agriculture.

“We are proud of the work that extension is doing to address real-world needs and to build the capacity of residents of the commonwealth,” he said. “Harry and Tom’s work typifies that commitment to excellence and impact.”

A newly revised broadband map is available at https://extension.psu.edu/pennsylvania-broadband-map-app.