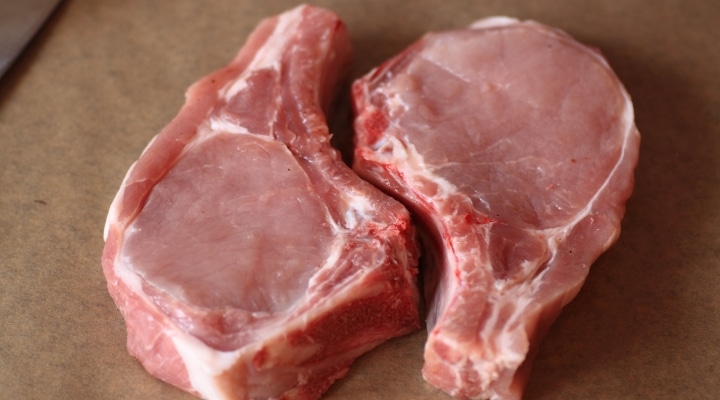 When Monica Hepler and her husband decided to take the “Hazard Analysis Critical Control Point for Meat and Poultry Processors” course offered by Penn State Extension a year ago, they had no idea, of course, that a global pandemic was coming. photo by Chris-McKee, Creative Commons/flickr.com)

UNIVERSITY PARK. Pa. — When Monica Hepler and her husband decided to take the “Hazard Analysis Critical Control Point for Meat and Poultry Processors” course offered by Penn State Extension a year ago, they had no idea, of course, that a global pandemic was coming.

The training allowed Hepler’s Meat Processing in Emlenton to satisfy U.S. Department of Agriculture requirements and ramp up their operation. Today — with large grocery store meat shelves not fully stocked and worried consumers looking to buy food locally — their business has grown so much they barely can keep up with demand. Many other small-scale meat processors in the state have seen similar explosive growth in business.

Hepler’s has been in the beef business for more than 25 years and in the butchering business for 20 years, but having the shop under inspection by USDA’s Food Safety and Inspection Service prepared them to deal with a 75-80% increase in meat sales in recent months. Taking the “HACCP” training at Penn State’s University Park campus set them up for success, according to Hepler.

“With the shortages, people have learned that meat doesn’t just come from the grocery store shelves,” she said. “Getting trained by Penn State Extension and becoming USDA certified was a great move for us. We are fortunate.”

Hepler credits Meat Extension Specialist Jonathan Campbell, one of the instructors of the class, for helping them take their shop to the next level. “His help was extremely valuable,” she said. “When we had a few questions and issues while trying to get under inspection, I was able to reach out to him. Jonathan was just a wealth of knowledge for us. He had a lot of suggestions.”

But it’s not only small Pennsylvania meat processors who value Penn State Extension’s help. In recent months — as the COVID-19 outbreak has hit their plants, sickening workers and forcing closures — several large companies turned to extension for guidance about how to reopen and handle animals that could not be processed in the interim.

One of the most notable was the JBS plant in Souderton. It’s the biggest beef processor in the East, typically handling as many as 2,300 head of cattle per day. That plant had to shut down for about two weeks, and Campbell consulted with plant managers about how to handle and resolve the situation.

Campbell, who also is an associate professor of animal science in the College of Agricultural Sciences, has been in weekly contact with officials at the Pennsylvania Department of Agriculture to keep them informed about closures, reopenings and reduction in capacity and outputs at meat operations around the state. He said he believes that meat processors big and small trust him and other extension experts to advise them during a crisis such as the pandemic because extension provides regular guidance on product development, food safety and technical issues.

Smaller-scale meat processors no doubt benefit most from Penn State Extension’s expertise, Campbell noted, and the importance of the smaller operations has been highlighted by supply chain disruptions caused by the COVID-19 outbreak.

“Larger corporations have a team of food safety experts that help create a plan for how to deal with many types of hazards, and small- and medium-sized plants do not. Maybe the smaller establishments can’t afford someone on their payroll with my expertise,” he said. “So, to have someone like me or Penn State Extension poultry educator Gregory Martin, with so much experience available to help them, is a huge benefit.”

Martin was one of the first people called when Empire Kosher Poultry Inc. decided it had to close its plant in Mifflintown because workers were infected by COVID-19. The largest producer of kosher poultry in the United States, the plant had thousands of birds in the queue to be processed when it shut down.

Empire wanted to minimize the impact of the closure on its business and determine what steps it could take to get back up and running again quickly, Martin said. “We discussed operational biosecurity and occupational safety, but the biggest reason they touched base with me was to see what options were available to minimize the number of birds that were going to be lost in the transaction.”

Martin, who provides emergency preparedness training for the poultry industry, including meat-processing operations, suggests that a plant closing because of COVID-19 is similar to a plant closing for a natural disaster such as a tornado. A big operation typically has thousands of animals awaiting slaughter, and decisions have to made about their fate, he explained.

The Animal Systems Programs Unit of Penn State Extension has been “running in overdrive” during the COVID-19 pandemic, Martin pointed out, because no part of animal agriculture has been immune to the effects of the pandemic on the food chain. For the most part, he added, educators have been acting as farm advisers and resources for the agriculture industry and government.

“And I don’t expect the demand for our services to subside anytime soon,” he said.

Assisting Texans in production agriculture
May 26, 2020