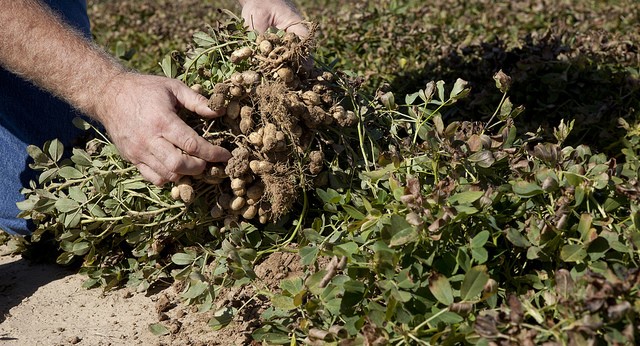 “Peanut producers care deeply about preventing peanut allergies because they do not want the nutritious food they grow and harvest to bring harm to anyone,” said Bob Parker, president and CEO of The National Peanut Board. (uacescomm, Flickr/Creative Commons)

ATLANTA — The National Institute of Allergy and Infectious Diseases (NIAID), a division of the National Institutes of Health (NIH), issued clinical guidelines Jan. 5 to support health care providers in early introduction of peanut-products to infants to prevent the development of peanut allergy.

The impetus for the development and release of the NIAID Guidelines was the ground-breaking Learning Early About Peanut Allergy (LEAP) study, published in 2015, and co-sponsored by the National Peanut Board. The LEAP study showed that introducing peanut-containing foods to infants at high risk for developing peanut allergy was safe and led to an 81 percent relative reduction in the subsequent development of peanut allergy.

“Peanut producers care deeply about preventing peanut allergies because they do not want the nutritious food they grow and harvest to bring harm to anyone,” said Bob Parker, president and CEO of The National Peanut Board. “That’s why the Board has invested more than $10 million in peanut allergy research since its inception and launched a successful peanut allergy awareness and education initiative in 2014.The guidelines represent a strong step forward in helping us all manage peanut allergies more effectively.”

The guidelines spell out exactly how to introduce infants to age-appropriate peanut products depending on whether they’re at high, moderate or low risk of becoming allergic as they grow.

NAIAD Director Anthony S. Fauci, M.D., said in an NIH news release: “We expect that widespread implementation of these guidelines by healthcare providers will prevent the development of peanut allergy in many susceptible children and ultimately reduce the prevalence of peanut allergy in the United States.”

In the coming months, the National Peanut Board will dedicate efforts toward communicating the NIH guidelines to its network of health professionals, dietitians, food media and consumers; focusing on specific ways to introduce peanut protein to infants. Marketing will feature recipe development and videos, special publications, infographics, website content and education.

–The National Peanut Board