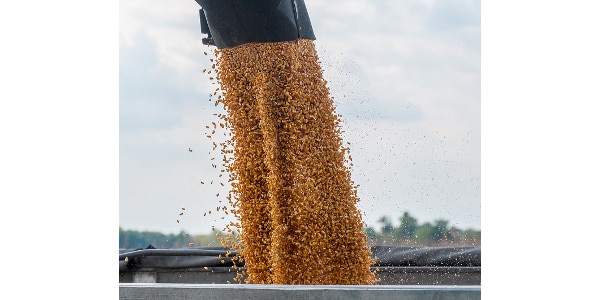 An international team of scientists, including experts from the University of Delaware, has extended and improved methods used to calculate peak oil production to assess grain production in three U.S. states: Nebraska, Texas and Kansas. (USDA photo by Lance Cheung via Flickr)

NEWARK, Del. — The depletion of groundwater sources in parts of the United States High Plains is so severe that peak grain production in some states has already passed, according to new research.

An international team of scientists, including experts from the University of Delaware, has extended and improved methods used to calculate peak oil production to assess grain production in three U.S. states: Nebraska, Texas and Kansas.

They related the levels of water extraction from the Ogallala aquifer, one of the largest underwater reservoirs in the world, over the past five decades, to the amounts of grain harvested in each state and used this model to predict future trends. Their results were published in Proceedings of the National Academy of Sciences.

The scientists found that in Texas and Kansas, even taking into account advances in technology and improved irrigation methods, production levels peaked around 2016 before starting to decline. By 2050, if no yield-boosting technologies are introduced, grain production in Texas could be reduced by as much as 40%.

The decline is because rates of water extraction, coupled with delays in enforcing new policies on groundwater use and in introducing new irrigation and monitoring technologies mean the aquifers can no longer be sufficiently replenished to meet demand.

The U.S. High Plains produces more than 50 million tons of grain yearly and depends on the aquifers for as much as 90% of its irrigation needs. Taken as a whole, therefore, the model shows that continued depletion of the High Plains aquifers at current levels represents a significant threat to food and water security both in the U.S. and globally.

“Overuse of the Ogallala aquifer is a huge problem on the southern Plains where it is thinner,” said Delphis Levia, professor in the Department of Geography and Spatial Sciences in the University of Delaware’s College of Earth, Ocean and Environment. “As such, a goal of this paper has been to couple the concept of peak water with peak grain production in an effort to raise awareness of this issue and to encourage conservation and the development of new technologies that lead to the more efficient irrigation of crops.”

The paper has its origins in the Ettersburg Ecohydrology Workshop where 29 experts and students from 11 countries gathered near Weimar, Germany to figure out how to start addressing the world’s multifaceted water crisis. Levia, other UD faculty and graduate students helped organize the conference.

Looking deeper into the soil
October 7, 2021