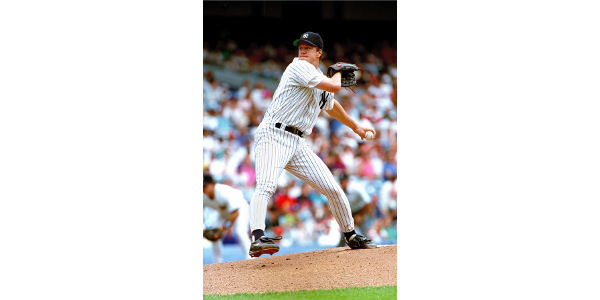 Jim Abbott will give the Conference Closing Keynote. (Courtesy of PDPW)

Unmatched resources and idea-sharing will be driven by the 2017 PDPW Business Conference headliners, including keynote speakers, Jim Abbott, Tom Thibodeau, Dr. David Kohl and Dr. Lowell Catlett. Bob Meyer will serve as Emcee and the Henningsens will provide musical performances throughout the two-day Conference.

Jim Abbott, the Conference Closing Keynote, was born in Flint, Michigan without a right hand. The retired professional baseball player was an All-America hurler at Michigan; won the Sullivan Award in 1987; was the pitcher for the Gold Medal Olympic Team in 1988; and threw a 4-0 no-hitter for the New York Yankees versus Cleveland in 1993. Jim played for 10 seasons on 4 different teams before his playing career ended in 1999. Today, along with being a motivational speaker, he has served as a Guest Pitching Instructor during Spring Training for the Los Angeles Angels. Abbott has worked with The Department of Labor’s Office of Disability Employment Policy (ODEP) on several initiatives encouraging businesses to hire people with disabilities.

Dr. David Kohl, the Conference Kick-Off Business Keynote, is a Professor Emeritus in the Agricultural and Applied Economics Department at Virginia Tech. Dr. Kohl has traveled almost 9 million miles and conducted more than 6,000 workshops and seminars for agricultural groups. He is currently President of AgriVisions, LLC, a knowledge-based consulting business providing cutting-edge programs to leading agricultural organizations worldwide. His personal involvement with agriculture and interaction with key industry players provide a unique perspective into the future trends of the agricultural industry and economy.

Dr. Lowell Catlett, the General Session Business Keynote, is a futurist with positive and upbeat predictions. He is a former Regents Professor in Agricultural Economics and Agricultural Business and Extension Economics and the Dean of the College of Agricultural, Consumer and Environmental Sciences at New Mexico State University. His unique perspective of emerging technologies helps prepare and anticipate for coming changes and he works nationally and internationally with corporations and organizations doing futuristic planning concerning the impacts of technology on careers, lifestyles and the economy.

Bob Meyer, the Conference Emcee, is an agriculture loan officer with Citizens State Bank of Loyal. Prior to this role, he had a 30-year career as a farm broadcaster with numerous networks including the Missouri-based Brownfield Ag News. He grew-up on a dairy farm just west of Loyal in Clark County and was active in 4-H and FFA, where he served as a State FFA Officer. He has remained an avid supporter of the FFA and holds several Honorary Chapter Degrees, an Honorary State Degree and Honorary American Degree.  Named “A Friend of Alice” by the Wisconsin Department of Agriculture, Trade and Consumer Protection, he has emceed the Alice in Dairyland finals three times, and has emceed the Governor’s Blue Ribbon Meat Products Sale at the Wisconsin State Fair the past five years.

The Henningsens, performing the National Anthem at Conference Kick-Off & returning as the Evening Entertainment during the 25th Celebration, are a farm family and American country music band from Illinois. In addition to corn and beans, Brian and Debbie raised 10 kids while also nurturing their love for music and song writing. Today, between tractor driving, restoring old fix-it uppers in their construction business and raising their children, the family records in Nashville. Returning to the Business Conference for a second year, the Henningsens bring country flare, great music and a class all their own. Their music exudes their love for farming and one another and will bring the 25th PDPW Business Conference more than just a feeling of celebration.

Including these mentioned headliners, the 25th Anniversary of the PDPW Business Conference will feature 74 expert speakers and panelists in 25 breakout sessions, 15 learning lounges, 5 hands-on workshops, 10 producer panels and 12 new research previews stages. It also brings the opportunity to interact with over 230 companies in the Hall of Ideas Tradeshow.

Finally, this year’s conference, themed “Mission Driven,” will celebrate the past, present and future of PDPW with special events to commemorate the organization’s 25th Anniversary.

To learn more about the 2017 PDPW Business Conference and to celebrate 25 years of PDPW, visit www.pdpw.org or contact PDPW at 1-800-947-7379 or follow the social media presence with #myPDPW. 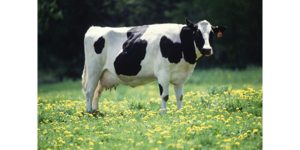 JUNEAU, Wis. — The fast-changing and volatile nature of today’s dairy industry make it even more critical for farms of all sizes to have a clear understanding of their finances and use that understanding to build a plan for the future. The PDPW Financial Literacy for Dairy program, presented by the Professional Dairy Producers® (PDPW), is […]

JUNEAU, Wis. — The Professional Dairy Producers® (PDPW) is committed to bringing dairymen and the industry the tools they need to enhance their businesses as their mission is to share ideas, solutions, resources and experiences that help dairy producers succeed. The 2021-22 PDPW Educational Program & Events Calendar is packed with educational events and elite training […]