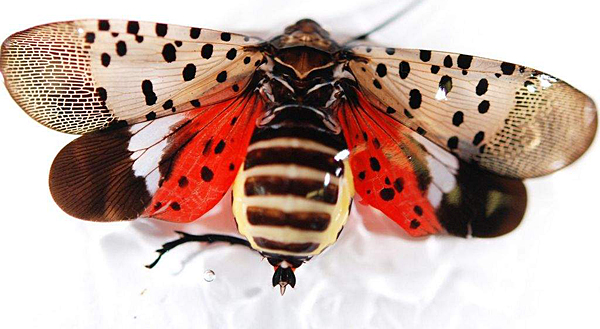 The invasive insect, whose first egg hatch was spotted over the weekend in Berks County, feeds on agricultural commodities produced in the state, such as hops, grapes, apples and hardwoods. (Pennsylvania Department of Agriculture)

“Pennsylvania and its commodities are seriously threatened by the spotted lanternfly, and our coalition stands ready today to help protect our economy and communities,” said Secretary of Agriculture Russell Redding. “It’s important to remember that there’s a human on both sides of this equation; on one end are the people whose livelihood depends on selling their products. On the other end, the consumers who love those products. Through this unique partnership, PDA, USDA and Penn State University, are poised to combat this pest and continue to safeguard the commonwealth’s agriculture industry.”

The spotted lanternfly is an inch-long black, red and white spotted insect native to Southeast Asia and first identified in Pennsylvania in 2014. The invasive insect, whose first egg hatch was spotted over the weekend in Berks County, feeds on agricultural commodities produced in the state, such as hops, grapes, apples and hardwoods.

During an event at River Bend Hop Farm and Brewery in Perry County, the coalition outlined the efforts the state and federal government have made to combat the pest and the steps Pennsylvanians can take if they spot this invasive bug.

“As part of our cooperative efforts to protect America’s valuable agricultural resources from the destructive impacts of spotted lanternfly, the U.S. Department of Agriculture and our partners at the Pennsylvania Department of Agriculture and Penn State University are conducting extensive work to contain and suppress the invasive pest. But we need the public’s help in stopping the spotted lanternfly,” said USDA’s Animal and Plant Health Inspection Service Administrator, Kevin Shea. “This pest is a great hitchhiker and can travel on items residents and businesses move. You can help stop the spread by looking for and reporting any signs of this damaging insect. For more information, visit www.aphis.usda.gov/hungrypests/slf.”

“The College of Agricultural Sciences and Penn State Extension, part of the state’s land-grant university and a top-20 public research institution, routinely partner with county, state and federal governments to address emerging issues, like SLF, that affect the state’s agricultural industries, communities and citizens,” said Penn State Dean of Agricultural Sciences Dr. Richard Roush. “We are working closely with partners to find and implement strategies for containing and managing infestations, and to educate growers and the public about the spotted lanternfly. This public-private collaboration is a powerful force in dealing with all aspects of this invasive pest.”

Gov. Tom Wolf proposed nearly $1.6 million in dedicated state funding to combat the spotted lanternfly as part of his fiscal year 2018-19 budget plan. If approved, this funding will supplement $17.5 million in federal funding announced earlier this month by USDA. Additionally, PDA’s Bureau of Plant Industry has engaged in extensive surveillance and eradication efforts, and it has worked with businesses and residents to ensure they are doing their part to prevent its spread. 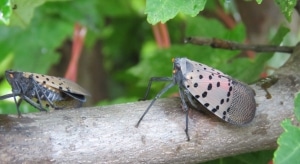 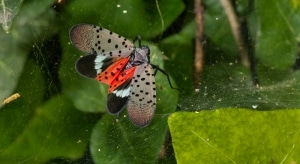 Patience and partnerships are key when growing trees in East Texas
February 6, 2023