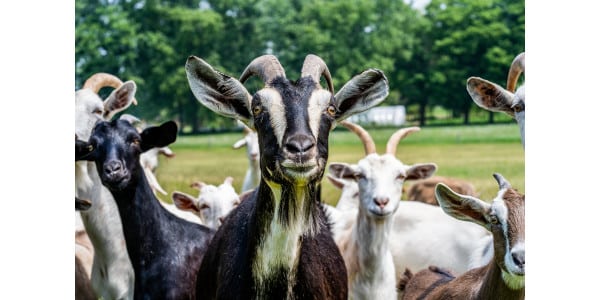 Cattle do not like to graze on sericea lespedeza because of the bitter taste and the woody stems in mature plants. But goats seem to like the taste and have no problems chewing the woody stems. (Chris Robert/Unsplash)

GRAVOIS MILLS, Mo. – Cattle don’t like eating sericea lespedeza, an invasive species in Missouri pastures. But goats do, according to research at the University of Missouri’s Land of the Osages Research Farm in central Missouri.

“It works as a natural anti-parasitic,” said Naumann. This is because of the condensed tannins produced by the plant.

At the end of the first year of the study, he found as much as a 51% decline in fecal egg counts, using no dewormers or other medications.

While one season of grazing didn’t decrease the invasive species, Naumann said it increased both warm- and cool-season grasses. In addition, the grazing decreased the presence of less desirable plants such as sedges.

“We are trying to promote some of our native warm-season grasses that we initially established in these fields that have been overrun by sericea lespedeza,” he said. “Primarily big bluestem and Indian grass. But cool-season grass species such as tall fescue responded favorably, too.”

Cattle do not like to graze on sericea lespedeza because of the bitter taste and the woody stems in mature plants. But goats seem to like the taste and have no problems chewing the woody stems.

Nauman is involved with the MU College of Agriculture, Food and Natural Resources’ Center for Regenerative Agriculture, the Center for Agroforestry and the Native Grass project team. 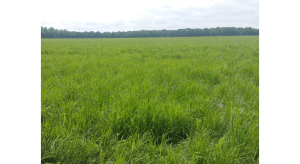 WASHINGTON — On average, Americans eat more than 50 pounds of beef each year (according to USDA estimates). But what do beef cattle eat? In the eastern United States, beef cattle often eat tall fescue, a “cool-season” grass. As the name suggests, cool-season grass grows best in temperate conditions: temperatures between 65 and 75 degrees […] 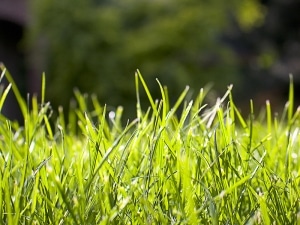 COLUMBIA, Mo. – For home lawns, Missouri weather is like Goldilocks’ porridge. For some types of grass it’s too hot and for others it’s too cold. In Missouri, the hard part is finding a grass for which the weather is “just right.” There is no one-size-fits-all grass for Missouri lawns, say University of Missouri Extension […] 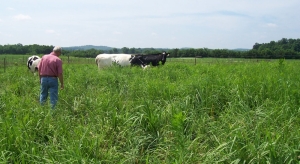 Raising cattle on native grasses in the eastern U.S. benefits farmers, wildlife and the soil

KNOXVILLE, Tenn. — Early on a cool June morning, heavy dew lies on the grass of rolling farm country somewhere in Tennessee, or Missouri, or Pennsylvania. Small patches of fog hang in low lying pockets of these fields. In the distance, hardworking farmers are starting their day. Farm equipment clangs, tractors roar to life and […] 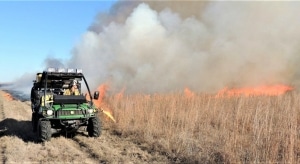 COLLEGE STATION, Texas — Rangelands in the Great Plains, and the ranchers who depend on them, are losing battles against an invasion of brush and shrubs on historical grasslands. Ranchers are under increasing stress due to changing environmental conditions and subsequent losses of rangelands to woody plants, but a relatively new management approach shows promise […]