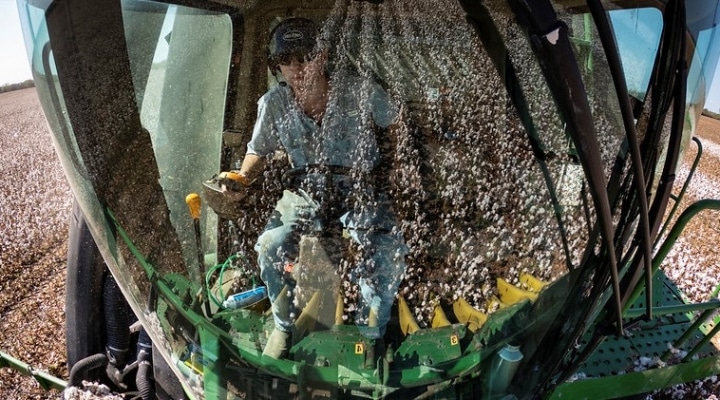 WEST LAFAYETTE, Ind. and CHICAGO — Farmer sentiment hit a post pandemic high in September, according to the Purdue University/CME Group Ag Economy Barometer. The index rose to a reading of 156, up 12 points from August and up 60 points from its 2020 low in April. The Current Conditions Index also saw an uptick, jumping 18 points to a reading of 142 in September, and the Future Expectations Index rose 9 points to a reading of 163. The Ag Economy Barometer is based on survey responses from 400 U.S. agricultural producers and was conducted between September 21-25, 2020.

This past month marked key changes in the agricultural economy. On September 18, USDA announced a second round of Coronavirus Food Assistance Program (CFAP 2) payments for U.S. agricultural producers and fall-harvested crop prices continued to strengthen considerably since late summer.

“In September, producers were more optimistic about both current conditions and the future for agriculture than they’ve been since the pandemic began,” said James Mintert, the barometer’s principal investigator and director of Purdue University’s Center for Commercial Agriculture. “A continued crop price rally and the announcement of USDA’s Coronavirus Food Assistance Program (CFAP 2) payments appear to be fueling much of their optimism.”

However, that optimism did not completely carry over into perspectives toward the future of U.S. agriculture’s trade prospects. In September, 58 percent of respondents said they expect agriculture exports to increase over the next 5 years, down from 67 percent who felt that way in August. The shift was primarily due to more producers indicating they expect exports to remain about the same in the future, rather than increase. In a related question, producers were asked whether they expect China to fulfill the food and agricultural import requirements established in the Phase One trade agreement signed earlier this year. Farmers’ opinions were split, with less than half (47%) of respondents indicating they expect China to fulfill its commitment to import food and ag products from the U.S.

With many educational events and programs transitioning to online delivery, this month farmers were asked whether they have attended an online program and, if so, what aspects they liked and disliked. Twenty-two percent of respondents to the September survey said they attended an online educational program or field day this year. Respondents said they liked the flexible timing of attending and viewing the programs (27%) and the ability to choose topics of interest (21%). However, respondents overwhelmingly pointed to the lack of interaction with other attendees (40%), poor broadband connection (18%), and difficulty in asking questions (17%) as the top reasons they disliked these programs

Read the full Ag Economy Barometer report at https://purdue.ag/agbarometer. This month’s report includes insight into farmers’ intentions towards making large investments in their farming operations in the coming year. The site also offers additional resources – such as past reports, charts and survey methodology – and a form to sign up for monthly barometer email updates and webinars.

Each month, the Purdue Center for Commercial Agriculture provides a short video analysis of the barometer results, available at https://purdue.ag/barometervideo, and for even more information, check out the Purdue Commercial AgCast podcast. It includes a detailed breakdown of each month’s barometer, in addition to a discussion of recent agricultural news that impacts farmers. Available now at https://purdue.ag/agcast.