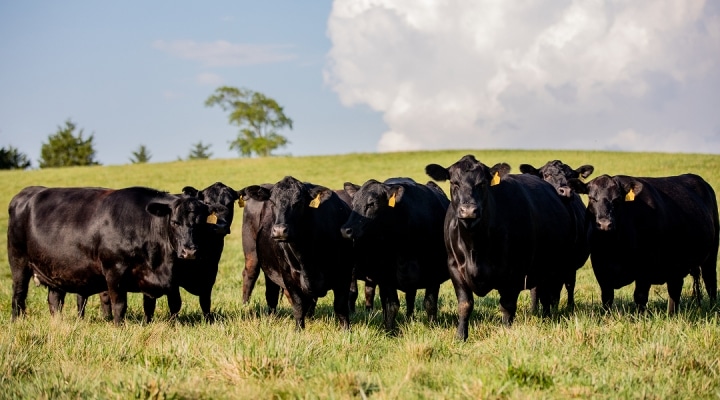 DES MOINES, Iowa — Improving or bettering an operation or industry is never an easy task but the members of the Beef Improvement Federation (BIF) take on this challenge with honor and pride. Beef cattle enthusiasts, breeders, researchers and industry professionals gathered in Des Moines, Iowa, for the 2021 BIF Research Symposium and Convention held on June 22-25, 2021. From the young producer’s symposium to industry-leading research, participants were well educated. The American Angus Association® was also proud to have several members being recognized.

Providing leadership and direction for an organization takes passion, energy and time. Fortunately, the Association has members that are willing to go above and beyond to help and serve the industry. The BIF Board consists of both Association staff and Angus members. Troy Marshall, director of commercial industry relations, and Kelli Retallick-Riley, president of Angus Genetics Inc., continue to serve another year. Matt Perrier of Eureka, Kansas, took on the role of president of the BIF board of directors and Joe Epperly of Albion, Nebraska, is now the vice president. Perrier and Epperly are Association members and Angus cattlemen.

Academically, two of the three scholarships were awarded to Angus members. Past Miss American Angus, Eva Hinrichsen, received the Roy Wallace Scholarship for her commitment and service to the beef cattle industry. Hinrichsen is a junior at Oklahoma State University where she is an animal science undergraduate student who is highly involved in agricultural and university activities. Maci Mueller, a Nebraska native and University of California-Davis graduate student, was the award winner for the Baker/Cundiff scholarship. Mueller wrote the winning essay titled “Gene Editing as a Tool for Genetic Improvement of Beef Cattle.”

Aside from encouraging the younger generation, BIF presents a Pioneer Award to honor those who have paved the way and made lasting contributions to the improvement of the beef industry. During the symposium, Angus breeder Galen Fink of Randolph, Kansas, was one recipient of this award. Dave Nichols presented the award and shared that Galen has “never been afraid to take risks, dream big, and look for opportunities that no operations have done.”

Spending three days in Des Moines, Iowa, was filled with industry trends, new research and plenty of networking time. More than that, the Association is proud of the members who continue to step up to the plate and face industry challenges. To join the family and learn more about registered Angus cattle, visit Angus.org or call the Association office in St. Joseph, Missouri at 816.383.5100.

Considerations for the herd when showing cattle