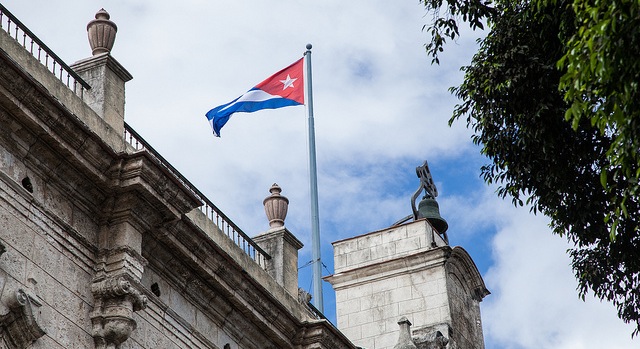 "This white paper provides some of the most convincing evidence to date regarding the detrimental effects that the U.S trade sanctions on Cuba trade are having on America's pocketbook," said Cuba Trade Magazine Publisher Richard Roffman. (Ben Kucinski, Flickr/Creative Commons)

WASHINGTON — Two leading advocates for normalizing trade with Cuba announced the release of a new white paper —Opportunities for U.S. Agriculture in Cuba: A White Paper—that examines how 16 farm states could benefit if the United States repeals longstanding restrictions on food sales to the island nation.

The paper—produced by Cuba Trade Magazine, the national monthly publication covering trade and investment with Cuba; and the U.S. Agriculture Coalition for Cuba (USACC), the largest U.S. agricultural coalition—is based on research analysis provided by the University of Florida and Texas A&M. The analysis uses current and historical data from national and state farm bureaus, federal agriculture agencies, academic analysts, and the Cuban government to illustrate the potential net benefits to U.S. states with the greatest potential for agriculture sales to Cuba.

“This white paper provides some of the most convincing evidence to date regarding the detrimental effects that the U.S trade sanctions on Cuba trade are having on America’s pocketbook,” said Cuba Trade Magazine Publisher Richard Roffman. “The negative impact that these trade barriers continue to impose on agriculture—extensive as they are—in fact can be multiplied across all of America’s industrial sectors. For this reason, we believe policymakers soon will see the great value—to the United States and Cuba alike—in rescinding these constraints and reopening the natural flow of trade.”

“The research contained in this report provides a state-by-state look at missed opportunities,” said USACC co-chair Paul Johnson. “This white paper paints a clear picture of the benefits that U.S. farm states could be enjoying if not for the unfair barriers imposed by outdated U.S. trade policy. We believe this paper will help reignite momentum to the growing effort—in both the public and private sectors—to finally make open trade with Cuba a reality.”

Two lawmakers who support easing restrictions on trade with Cuba—Sen. John Boozman (R-Ark.) and Rep. Rick Crawford (R-Ark.)—who have championed bills that would ease barriers that farmers currently face in selling their products to Cuba by allowing them to sell their products on credit, which currently is forbidden under U.S. law, applauded the white paper.

“This new report from Cuba Trade and USACC goes a long way toward highlighting how much U.S. farmers and agricultural businesses have to gain by eliminating outdated trade restrictions such as the credit ban,” said Crawford, lead sponsor of the Cuba Agricultural Export Act of 2017. “For example, while U.S. producers are already permitted to export agricultural commodities to Cuba, they must do so on a cash-for-crop basis. That cash-only requirement renders export transactions nearly impossible, because foreign importers almost exclusively do business on financing and credit. That’s why Cuba buys rice from faraway Vietnam at a higher cost, when it could be buying U.S.-grown rice at an affordable cost from nearby Arkansas. It simply makes no sense.”

“The results of this study are another clear indicator that opening up the Cuban marketplace to American agricultural products is a win for Arkansas farmers, ranchers and our nation’s economy. Our close proximity to Cuba offers an incredible market opportunity for American agricultural producers. I will continue advocating to open this market and break down barriers our producers face in exporting our safe and high-quality food to Cuba,” said Boozman, a member of the Senate Agriculture, Nutrition and Forestry Committee and co-lead sponsor of the Agricultural Export Expansion Act of 2017.

“We believe this paper will serve as an important reference tool that policymakers can use to make the case for sensible Cuba trade policy,” said J.P. Faber, editor-in-chief of Cuba Trade Magazine. “The benefits of trade have seldom been as clearly illustrated.”

About Cuba Trade magazine: Cuba Trade is the first national magazine devoted to covering the emerging world of trade and investment between international corporations and Cuba, with a special focus on U.S. companies. Each month, Cuba Trade portrays the people, the politics, and the deals driving the opening of Cuba’s economy.

About the U.S. Agriculture Coalition for Cuba: The USACC is a coalition of more than 100 prominent members of the U.S. food and agriculture community that seeks to advance trade relations between the U.S. and Cuba by re-establishingCuba as a market for U.S. food and agriculture exports. The USACC believes that normalizing trade relations between the U.S. and Cuba will provide the U.S. farm and business community with new market access opportunities, drive enhanced growth in both countries and allow U.S. farmers, ranchers and food companies to efficiently address Cuban citizen’s food security needs. Under current sanctions, U.S. food and agriculture companies can legally export to Cuba, but financing and trade restrictions limit their ability to serve the market competitively. The USACC ultimately seeks to end the embargo and allow for open trade and investment.

For more information about the coalition, visit www.usagcoalitionforcuba.org