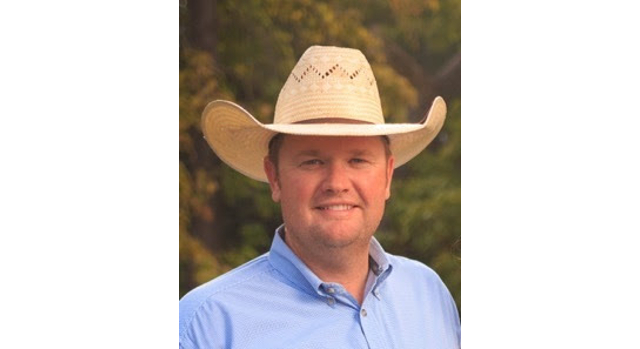 Governor Mary Fallin announced she has appointed Britt Hilton (above) to the State Board of Agriculture. (Courtesy Photo)

OKLAHOMA CITY — Governor Mary Fallin announced she has appointed Britt Hilton to the State Board of Agriculture.

Hilton, of Gate, owns and manages a cow-calf and stocker operation. He will serve the remaining term of Joe Mayer, who passed away in May.

Hilton will serve on the board immediately. Final confirmation is required by the state Senate. His term would expire in April 2022.

“Britt Hilton comes from a family with a long tradition of agriculture,” said Fallin. “He is familiar with the issues and needs facing our state’s farmers and ranchers. The agriculture industry has always played a huge role in Oklahoma. Our state has a long, proud history as a leader in agriculture, and the industry continues to positively impact our state today.”

Oklahoma agriculture contributes $60 billion in direct and indirect impact to the state’s economy. Farmers and ranchers produce $7.3 billion of agricultural products annually ($5.3 billion in livestock, $2 billion in crops), with more than 34,000,000 acres in agriculture production.

“It’s an honor to be appointed by Governor Fallin to serve on the State Board of Agriculture,” Hilton said. “Farming and ranching is important in our state. I have a strong interest in the beef sector, but look forward to helping strengthen our state’s diverse and thriving agriculture industry.”

Hilton earned a bachelor’s degree in agribusiness from Oklahoma State University. He and his wife, K’dawn, raise, cattle, wheat and sorghum within their farm and ranch operation. They have two sons, Jax and Cal.