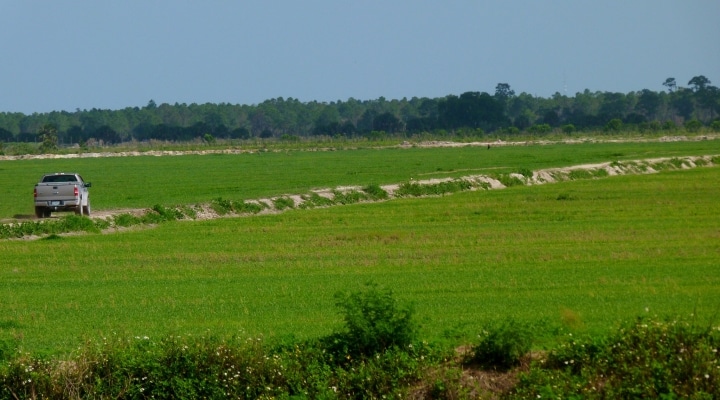 Florida Farm Bureau Federation has named Rick Roth of Palm Beach County as the 2020 Florida Farmer of the Year. A vegetable, herb, rice, sugarcane and sod producer, Roth is also a member of the Florida House of Representatives. (photo by Rusty Clark ~ 100K Photos, Creative Commons/flickr.com)

GAINESVILLE, Fla. — Florida Farm Bureau Federation has named Rick Roth of Palm Beach County as the 2020 Florida Farmer of the Year. A vegetable, herb, rice, sugarcane and sod producer, Roth is also a member of the Florida House of Representatives.

This prestigious honor is awarded to a recipient by a panel of judges based upon success in agricultural production, the implementation of sound natural resource management practices and service to the larger community.

Rep. Roth has been a farmer for 44 years and is the majority partner in a Belle Glade vegetable and herb packinghouse. His career began with an unexpected turn of events at his family’s homestead.  “While in college, I returned home to work at the farm for one semester and realized how much I loved it,” Roth said. “My father told me it was better that I had no experience, as he could teach me how to farm. I started farming full-time.”

One of the main successes growers in the Everglades Agricultural Area have achieved in the past 20 years is the substantial reduction of nutrient loss from farm properties. “We take this very seriously by utilizing crop rotation, improved water control through culverts on all blocks and additional control structures to divide the farm into subsections that provide improved drainage for vegetables while maintaining water tables on sugarcane and sod,” Roth explained. “Higher water tables also reduce soil oxidation.”

Florida Farm Bureau President John L. Hoblick said Roth has earned the award with his achievements on the farm and as a leader. “Rick Roth is an effective spokesman for his community, giving time and attention to multiple public issues of importance for Palm Beach County residents,” Hoblick said. “He has also been a strong advocate for farm families in the Legislature.”

As the Sunshine State’s honoree, Roth is now in friendly competition against nine other state award recipients for the Swisher Sweets/Sunbelt Expo Southeastern Farmer of the Year Award in October. The regional award winner will be introduced during an Oct. 20 luncheon at the Sunbelt Ag Expo in Moultrie, Ga.

Do you have a management plan for your pine plantation?