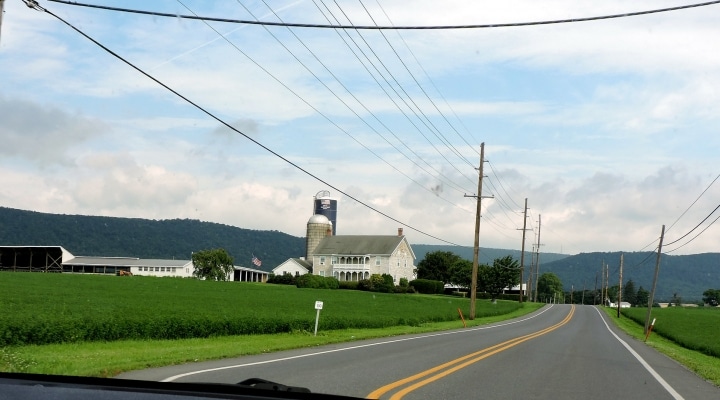 The Pennsylvania State Grange appreciates the intent of the Governor’s letter asking the President and Congress to fund expansion of high-speed Broadband in unserved and underserved areas. We respectfully point out that good intentions are best demonstrated at home.

While the Governor established the Governor’s Office of Broadband Initiatives with fanfare, he never funded it. In each State Budget he proposed, there continues to be no line-item for this important office. There is no resource so that the Office could actually coordinate Pennsylvania’s efforts to secure Federal funding and serve as a liaison between the FCC and State Government. The Governor’s Office of Broadband Initiatives has no dedicated staff. The lone staff person is ‘borrowed’ from the Department of Community & Economic Development.

Following as a reference, is the letter from the Governor’s Office, joining other state Governors. It was sent to President Trump and congressional leadership.

As Governors, we have seen and appreciate your quick and much-needed COVID-19 economic stimulus for the American people. We know that much more needs to be done and we look forward to our continued work with you to respond to this crisis together.

As COVID-19 continues to impact both urban and rural communities, we are gravely concerned about the compromised digital access that now threatens entire communities, and people’s livelihoods, educational access, quality of healthcare and lives.

Our rural communities are particularly less prepared to mitigate the pandemic itself and adapt to what will certainly be a different world in a post-COVID economy, in large part because of the lack of access to Broadband. Some 18 million Americans lack access to Broadband internet connectivity, 14 million of whom reside in rural America. In today’s economy these communities, businesses and families without adequate access are left behind, and the consequences are staggering from an economic, health, education, and social standpoint.

Broadband is not a luxury, but rather critical infrastructure that’s vitally important to our economic future and national security. While the investment to-date is much appreciated, we believe it is only a down payment in the total investment needed to close this gap.

An FCC estimate from 2017estimates it would cost $80 billion to bring high-speed internet to the remaining parts of our country that do not have access. Last year, the U.S. Department of Agriculture issued a report, citing Deloitte data, that estimated it would require “between $130 and $150 billion over the next five to seven years, to adequately support rural coverage and 5G wireless densification.”

Additional Broadband investment must meet the level of the challenge and be made at the speed that is clearly now required. This investment will unleash economic potential, promote stable job growth that’s resilient in times like these, and ensure all businesses and families can participate in the digital economy.
This investment will unlock the potential of a new generation of technologies for healthcare advancement, ensure that school children across America have access to the best educational tools, foster new ways of doing business, stimulate the advancement of agricultural and food production technologies and give states and communities the opportunities to capitalize on smart infrastructure deployment.

Mr. President, Congressional Leaders –we must work together as past generations have done to provide a service fundamental to life in America today. It is time for the Rural Electrification Act of our generation. As you consider this investment, we urge you to look to the lessons of the past and ask ourselves not how we can afford to embrace innovation and bring new technologies to all communities, but with all we stand to lose, how we can afford not to.

As Governors, we are all ready to partner with you to ensure an efficient and effective strategy to quickly deploy these resources to bridge the digital divide. We call on Congress to act immediately and together to pass a groundbreaking package that provides the necessary digital access to all Americans.

What would it take to scale up pastured meat production?