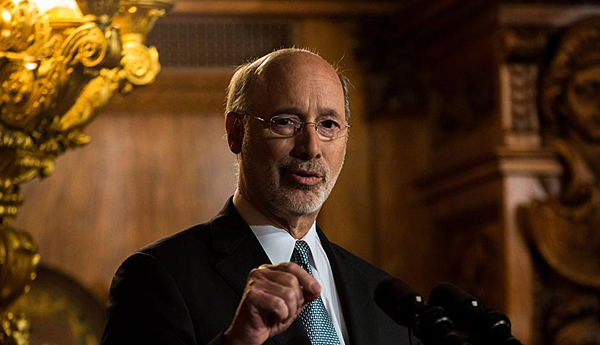 Secretary of Agriculture Russell Redding has praised the 2018-19 budget Gov. Tom Wolf signed last week for its investments to address some of the most pressing challenges facing the commonwealth’s agriculture industry. (Wikimedia Commons)

HARRISBURG, Pa. — Secretary of Agriculture Russell Redding has praised the 2018-19 budget Gov. Tom Wolf signed last week for its investments to address some of the most pressing challenges facing the commonwealth’s agriculture industry.

“This year’s budget directly supports agriculture in the commonwealth and the communities that rely on it, providing continued investments in programs that benefit all Pennsylvanians,” said Sec. Redding. “From protecting our land and products from invasive pests and ensuring consumer safety to preparing students and workers for careers in agriculture and putting food on tables across the state, agriculture touches us all. The funding provided in the 2018-19 budget reflects a commitment to preserving, protecting, and advancing agriculture in the commonwealth.”

Under the budget plan, Pennsylvania will dedicate $3 million toward combating the spotted lanternfly, an inch-long black, red and white spotted insect native to Southeast Asia. Since it was first identified in Pennsylvania in 2014, the spotted lanternfly has spread to 13 southeastern Pennsylvania counties. The insect threatens to destroy $18 billion worth of agricultural commodities produced in the state, such as apples, grapes and hardwoods. This funding will allow the department to increase detection and control efforts, and coordinate multi-agency response, outreach and training.

Additionally, $5 million was approved to help dairy farms struggling amid a persistently challenging market. The new funding is specifically dedicated for research and development, organic transition, value-added processing and marketing grants to support the state’s dairy producers working to maintain the viability of their operations.

A number of existing programs also received an increase in funding. The Pennsylvania Agricultural Surplus Program, or PASS, received $1.5 million—an increase of $500,000—tohelp connect charitable food systems with more farmers willing to provide food to hungry families across Pennsylvania. Over the past three years, the PASS program has sourced more than 7.2 million pounds of surplus food products that have gone to serve households experiencing hunger in every county of Pennsylvania. PASS is used to offset the picking and packing costs of this surplus product, providing another market for Pennsylvania’s growers.

Agricultural education came out a winner in this year’s budget, as well, with Penn State University and University of Pennsylvania’s School of Veterinary Medicine each receiving a 3 percent increase. This additional funding helps restore cuts made to each institution prior to Gov. Wolf taking office.

The FY 18-19 budget also allocated $30 million for PAsmart — a first-of-its-kind workforce development proposal to invest in STEM and computer science education, support hands-on technical education programs, and encourage employers and schools to work together to help students get the skills employers need.

Growing Pennsylvania’s agriculture industry is a strategic priority for Gov. Wolf. Over the past three years, the Wolf Administration has invested more than $50 million in agriculture-related economic development projects; increased support for workforce development and agricultural education to help prepare students and workers for 75,000 anticipated job openings in the industry over the next decade; and signed historic legislation that has created new markets for farmers and lowered their tax burdens. The administration has also begun work to expand broadband access to hundreds of thousands of Pennsylvanians, including more than half a million in rural communities.

For more information about the Pennsylvania Department of Agriculture’s programs and services, or to read the state’s Agriculture Economic Impact Study, visit the Department’s website at www.agriculture.pa.gov.

Down on the farm with the robots and drones