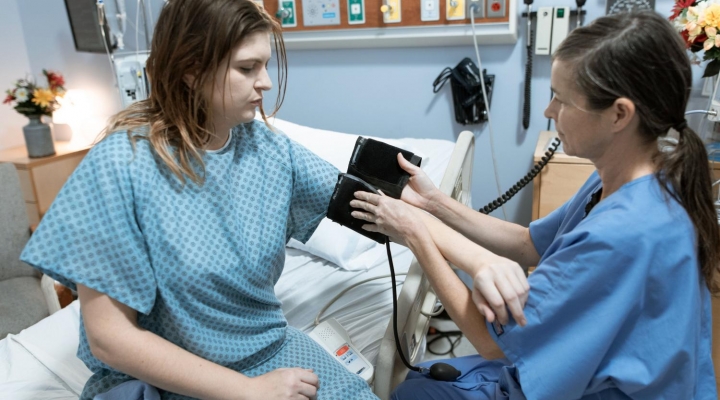 Pennsylvania's labor economy showed resilience throughout the first two decades of the 21st century, with overall modest employment growth and relatively low joblessness by the end of 2019. But certain industry sectors and regions of the state continued along a trend line of job loss in the run-up to the COVID-19 pandemic, according to economists in Penn State's College of Agricultural Sciences. (photo Credit: RODNAE Productions via Pexels, via Penn State University)

UNIVERSITY PARK, Pa. — Pennsylvania’s labor economy showed resilience throughout the first two decades of the 21st century, with overall modest employment growth and relatively low joblessness by the end of 2019. But certain industry sectors and regions of the state continued along a trend line of job loss in the run-up to the COVID-19 pandemic, according to economists in Penn State’s College of Agricultural Sciences.

In “Employment Change in Pennsylvania Industries: 2001-2019” — a newly released report from the college’s Center for Economic and Community Development — the researchers used data from the U.S. Department of Labor’s Bureau of Labor Statistics, the Pennsylvania Department of Labor and Industry, and the U.S. Bureau of Economic Analysis to examine statewide and county-level employment trends in 20 industry sectors from 2001 through 2019.

The report also compares two business cycles during that time frame: from just after a relatively mild recession in 2001 to 2008, and from 2008 to 2019 encompassing the 2008-09 “Great Recession” and post-recession recovery period.

The analysis indicated that between 2001 and 2019, average annual employment statewide increased by nearly 374,000, from about 5.6 million jobs to more than 5.9 million jobs, noted Siena Baker, undergraduate research associate and a lead author of the report.

“The early years of the century show the impacts of a minor recession on Pennsylvania employment, with more than 80,000 jobs lost between 2001 and 2003, followed by a rapid recovery from 2003 to 2005,” Baker said. “With the widespread collapse of the U.S. housing market in 2008 and the subsequent major recession, about 190,600 jobs vanished.”

Although the recovery process started slowly, the state proved resilient in climbing to its pre-recession levels throughout the 2010s, she said. “In 2019, Pennsylvania gained almost 58,000 jobs, bringing post-recession job growth to about 267,000, and the state’s unemployment rate had fallen to 4.7%.”

Pennsylvania’s job growth over this period, however, lagged that of most of its neighboring states, exceeding only Ohio and West Virginia, said co-author Theodore Alter, professor of agricultural, environmental, and regional economics and the center’s co-director.

Job growth was uneven within the state, the report suggests. Between 2001 and 2008, most counties remained relatively steady, with gains or losses below 5%, while most of the eastern and southeastern counties had strong net positive job growth. During the period following the Great Recession, southeastern counties and some counties in the Philadelphia and Pittsburgh metropolitan areas saw mild recoveries in employment, but many western and northern counties experienced greater job losses between 2008 and 2019 than they did between 2001 and 2008.

The researchers looked at industry sectors as defined by the North American Industry Classification System, the standard system used by federal statistical agencies. The sector with by far the most robust employment growth in the state during the entire period examined — and during each of the two shorter business cycles — was Health Care and Social Assistance, which added more than 317,000 jobs between 2001 and 2019. This includes positions with hospitals, nursing homes, child care providers, family services and other health care providers.

Other industry sectors showing job growth during the two decades were Accommodation and Food Services, which gained about 95,300 jobs; Management of Companies and Enterprises, and Professional and Technical Services, which each added more than 80,000 positions; and Transportation and Warehousing, with a gain of 68,000 jobs.

The industries with the most job losses from 2001 to 2019 were the Manufacturing and Retail Trade sectors, with workforce reductions of more than 248,000 and 63,000, respectively. The dramatic loss of manufacturing jobs follows a nationwide downward trend in manufacturing employment blamed, in part, on automation and international competition, the report points out.

The report illustrates the complexity of understanding Pennsylvania’s economy and labor market, the researchers said.

“There’s an aggregate story, but that can be misleading,” Alter explained. “The state’s economy is diverse, both in terms of geography and industry sector. As the relative importance of industry sectors changes, people are displaced and areas are disadvantaged. One of the challenges going forward is how policymakers deal with this structural adjustment to the economy.”

Baker added that each county has a unique composition of jobs that are impacted differently by economic forces, making it difficult for officials to make sweeping decisions for the state.

“Pennsylvania’s labor force was really impacted in numerous ways across these last couple of decades, and I think the most important takeaway is the state’s resiliency,” she said. “We hope this report provides a resource to better understand these changes, while helping to establish a baseline for future analyses of the workforce disruptions caused by COVID-19.”