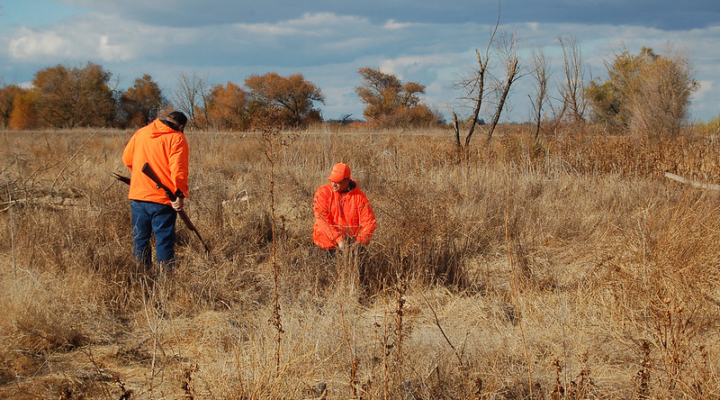 The Pennsylvania State Grange expressed appreciation for the 54 legislators who voted against Sunday hunting October 30 in the PA House of Representatives. (photo by Cowgirl Jules, creative commons/flickr.com)

LEMOYNE, Pa. — The Pennsylvania State Grange expressed appreciation for the 54 legislators who voted against Sunday hunting October 30 in the PA House of Representatives.

“Even though the bill passed the House despite Grange opposition, these 54 legislators from 44 counties, from both rural and urban districts, are to be commended for looking at the longer need to renew people’s interest in hunting, particularly with the younger generation,” said Grange Legislative Director Vince Phillips.  “Unfortunately, Sunday hunting is regarded by many supporters as THE ANSWER to the decline in hunting licenses being sold.  It would have been better to identify a number of causes and address them systematically rather than hoping this will be the answer.”

The Pennsylvania State Grange has endorsed House Resolution 593 sponsored by Rep. Dave Maloney (R-Berks).  It directs the Legislative Budget & Finance Committee to review studies that have already been done on declining in interest for hunting and look for common denominators.

“Doing so” said Phillips, “would give the General Assembly a list of specific causes which could then be addressed more systematically.”

In the legislative process, Senate Bill 147 was amended to reduce the numbers of Sundays to three and to require written permission from property owners before hunters could hunt on that land.  The Pennsylvania State Grange said that the compromise still ignores longer-term causes for licensing decline. “When license numbers continue to decline, proponents will seek more days of Sunday hunting. “The basic question is whether Sunday hunting will reverse the decline, something supporters of Sunday hunting have not documented,” noted Phillips.

Senate Bill 147 now goes back to the Senate for concurrence with House amendments. Here is a link to the actual vote. https://www.legis.state.pa.us/CFDOCS/Legis/RC/Public/rc_view_action2.cfm?sess_yr=2019&sess_ind=0&rc_body=H&rc_nbr=815

The Pennsylvania State Grange was founded in 1873 to serve as an advocate for farmers, businesses, and citizens in rural Pennsylvania.