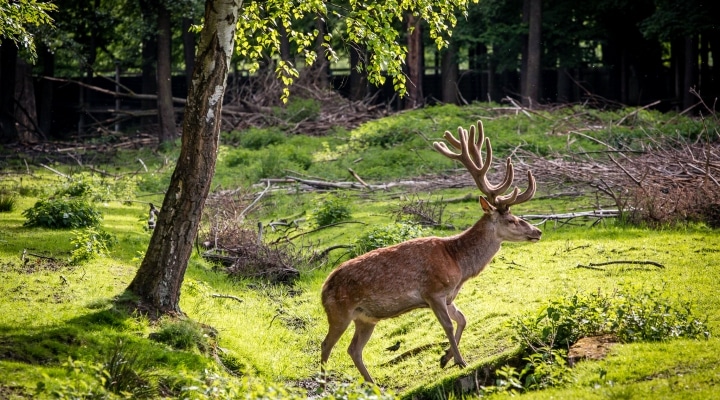 The Pennsylvania Department of Agriculture today announced changes to quarantine requirements for deer farms in Blair, Bedford and Fulton Counties to control Chronic Wasting Disease (CWD). The department established a CWD Core Captive Management Zone, to control the disease in the area of the state where it is most prevalent, while allowing deer farms to stay in business. (photo by magnetismus, Creative Commons/flickr.com)

“The goal of implementing such a zone is to slow the spread of CWD across Pennsylvania while scientists race toward establishing long-term solutions. This order provides a path forward for deer farmers to maintain their livelihoods and continue to offer goods and services. A key component of the order is providing incentive for deer farms to implement management techniques, such as herd density and age management, genetic selection and other rapidly evolving scientific advancements that make their operations and their herds less susceptible to CWD.”

CWD is a highly contagious disease that develops very slowly in the lymph nodes, spinal tissue and brains of deer and similar animals like reindeer and elk. It does not affect other livestock. To date there is no evidence that it can be spread to humans.

Pennsylvania deer farms must participate in one of two stringent programs – the federal Herd Certified program, or the state Herd Monitored Program. Both programs require proper IDs; record-keeping on all animals moved on or off farms; annual herd inventories; reporting of CWD suspects, animals that die, escape or are stolen; testing animals over a year old that die for any reason; maintaining a minimum 8-foot high fence; obtaining permits to import animals from out-of-state; and other measures to monitor herds for disease.

Blair, Bedford and Fulton County deer farms in the new CWD Core Captive Management Zone will be affected by the updated quarantine as follows: