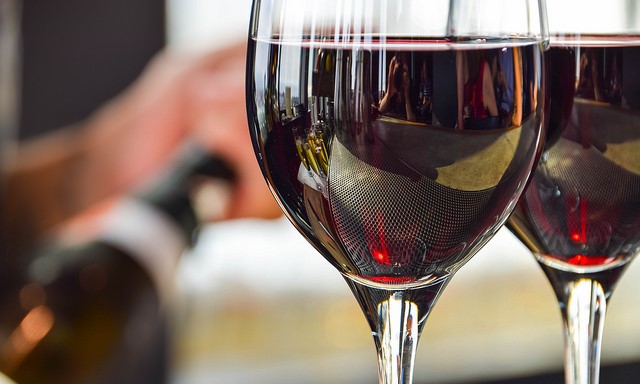 The Oldaks' winery and vineyard now grows about 25 varieties of grapes and produces 18 to 20 different wines, including many "signature varieties" that are specialized for the New Hampshire climate. (Maria Eklind, Flickr/Creative Commons)

SOUTH HAMPTON, N.H. (AP) — Much like the bottles that line its shop walls of the Jewell Towne Vineyards, New Hampshire’s oldest winery has only gotten better with age.

But after 25 years of business, Jewell Towne co-owners Peter and Brenda Oldak have announced that they’re winding things down to make time for leisure, travel, and spending time with their four grandchildren.

“My wife and I have reached the stage in our lives where we want to do different things,” said Peter. “This has been a major part of our life for 25 years, but it’s time for us to redirect our focus.”

The Oldaks’ winery and vineyard now grows about 25 varieties of grapes and produces 18 to 20 different wines, including many “signature varieties” that are specialized for the New Hampshire climate.

In the past, Jewell Towne has sourced some grapes from California vineyards, but Oldak said everything that he and his wife have bottled in the past two years has been made with grapes they have grown, making their product “truly local.”

“We’ve shown that quality grapes can be grown and quality wine can be made in New Hampshire,” said Oldak, pointing out that because the Massachusetts line crosses through the outer portion of his vineyard, select bottles are labeled as being “50 percent Massachusetts, and 50 percent New Hampshire.”

Oldak, who was president of the New Hampshire Winery Association for 10 years, said he has enjoyed serving the local community over the years, and that letting go of his business will be bittersweet.

“If I miss it, it will be because of the wonderful people I’ve met along the way, and the challenge of making quality wines,” he said.

He said the winery will stay open until their inventory is gone, and that Jewell Towne will be offering a 25 percent discount on all port, chancellor, alden and vidal ice wine as well as all gift shop items until then.

But because the winery is on the same property as the Oldaks’ home, they have no immediate plans to offer the facility to another winemaker, and plan to keep making wines for themselves as long as they live there.

“We’ll be keeping the winemaking equipment in good shape,” said Peter. “That way, it will be available and ready to start up again if someone were interested to buy it later on.”

–By JACK SHEA , The Eagle-Tribune